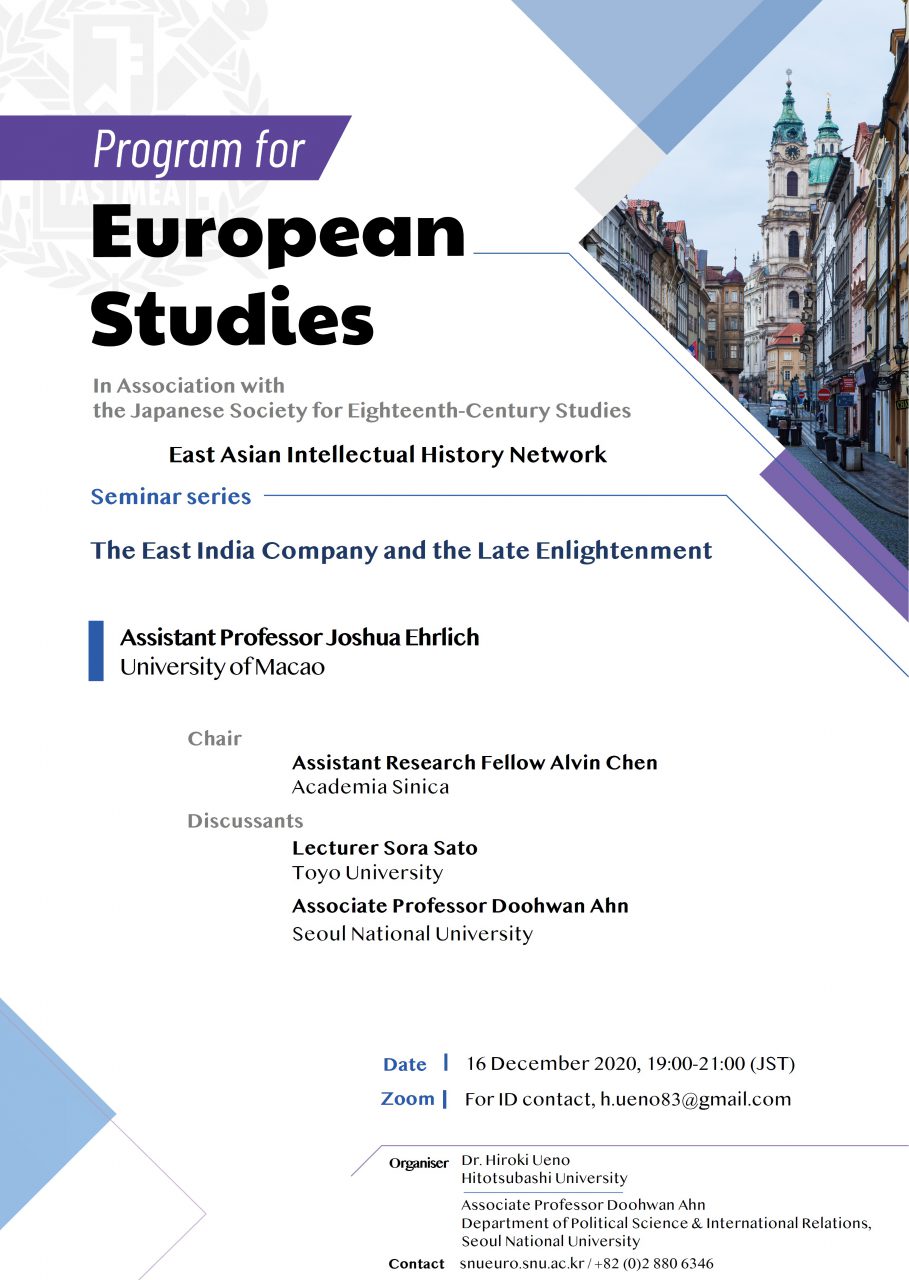 Paper title: The East India Company and the Late Enlightenment

On 16th December 2020, the East Asian Intellectual History Network (EAIHN), through the auspices of Seoul National University’s Program for European Studies, hosted a talk by Joshua Ehrlich (University of Macau) entitled “The East India Company and the Late Enlightenment.” After opening remarks by the chair, Alvin Chen (Academica Sinica), Ehrlich introduced his paper, discussed its main points, and situated it in the larger context of his current book project. He focused on one particular ideological point of connection between the Company and (the) Enlightenment: the Company’s idea of “conciliating” political classes in Britain and India via scholarly patronage. He then traced how this idea was developed, criticized, and reformulated by Company figures and their interlocutors in the late eighteenth century. In their responses, Sora Sato (Tokyo University) and Doohwan Ahn (Seoul National University) raised a number of incisive points for further consideration, touching on Edmund Burke, Istvan Hont’s “jealousy of trade,” and much else besides. Finally, the audience engaged Ehrlich in a stimulating discussion of further topics, including the drawing of comparisons between the British and other European “East India” companies.