On July 12, 2019, we held the first EAA Dialogue, whose aim is to explore a new liberal arts together with eminent scholars from around the world. In the setting of a relaxed dialogue, we have an opportunity to deepen our understanding of their thought and academic projects. This time, for the first EAA Dialog, we invited Cheol-Hee Park, who is Professor in the Graduate School of International Studies (GSIS), Seoul National University, currently a Visiting Professor of Tokyo College, UTokyo, as well as a columnist of the Tokyo Shimbun. Park is one of the well-known Japan specialists in the world, particularly concerning Japanese politics and the Liberal Democratic Party. His research interests also include Japan-Korea and East Asian relations. After having served as Dean of GSIS and Director of the Institute for Japanese Studies, SNU, Park is presently on sabbatical, traveling for research, three months in Washington, D.C. and now in Tokyo. The EAA Dialogue was an opportunity to hear the broad range of his experiences, from which his ideas have been shaped, his academic career, and dream for activities after retirement. Takahiro Nakajima, Professor of the Institute for Advanced Studies on Asia and Deputy Director of EAA, UTokyo, was a most apt partner for the dialog, almost the same age, sharing a similar social, political, and international background and, most of all, a vision for networking East Asia for the next generation. 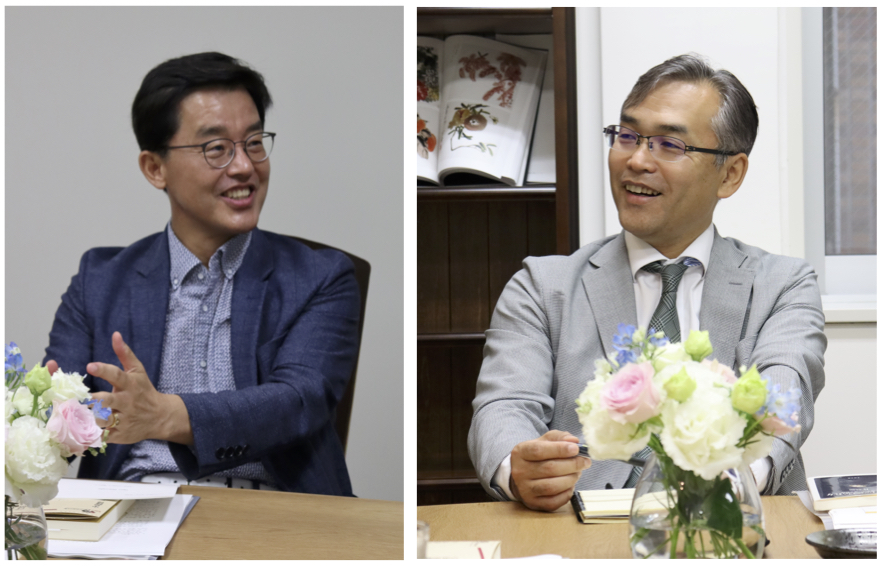 The first part of the dialogue touched on Park’s youth, university days, and time in the U.S. Park noted that he was also a boy finding himself immersed in philosophy, such as existentialism, positivism, etc., which prompted the two professors recall the old days as if they were both boys. During Park’s youth, the sociopolitical turmoil in South Korea influenced his decision to university study, at which point he became inclined more to an inquiry concerning politics; e.g., how does politics work; why did Korea fail to democratize in the 1960s; what makes democracy work in Korea, etc. After serving in the military, Park was given an opportunity to study in the U.S. on a scholarship. At Columbia University in New York, he begin studying Japan, and met Gerald Curtis, who would become his teacher and lifetime mentor. His account of conducting fieldwork for his doctorate, which involved investigating how local groups were organized under the new electoral system in Japan(i.e., seeking a new face who could win), was challenging and exciting for listeners. Nakajima noted that he was rather relieved that a new face finally won the election. 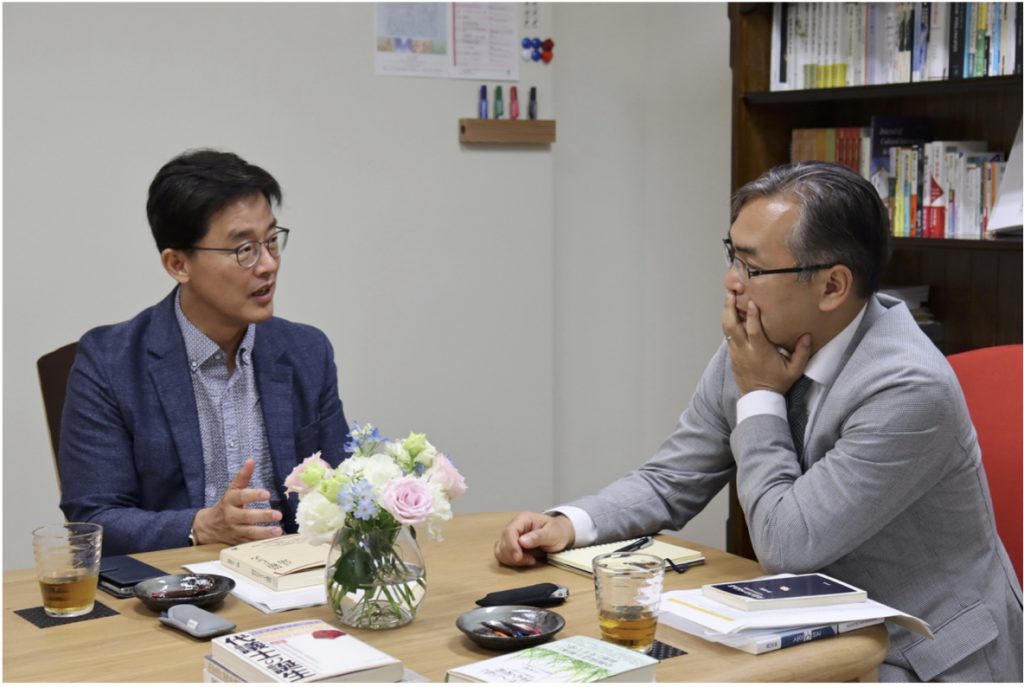 Gradually, the dialogue moved to the question of relations between Korea, Japan, East Asian countries, and those between the U.S. and China. The most significant concern for both Park and Nakajima was the looming trade war between China and the U.S., which reflects an apparently hegemonic power struggle, and the recent similar movement in Japan toward Korea, which inevitably undermines efforts to build confidence that have been firmly established over a period of decades. 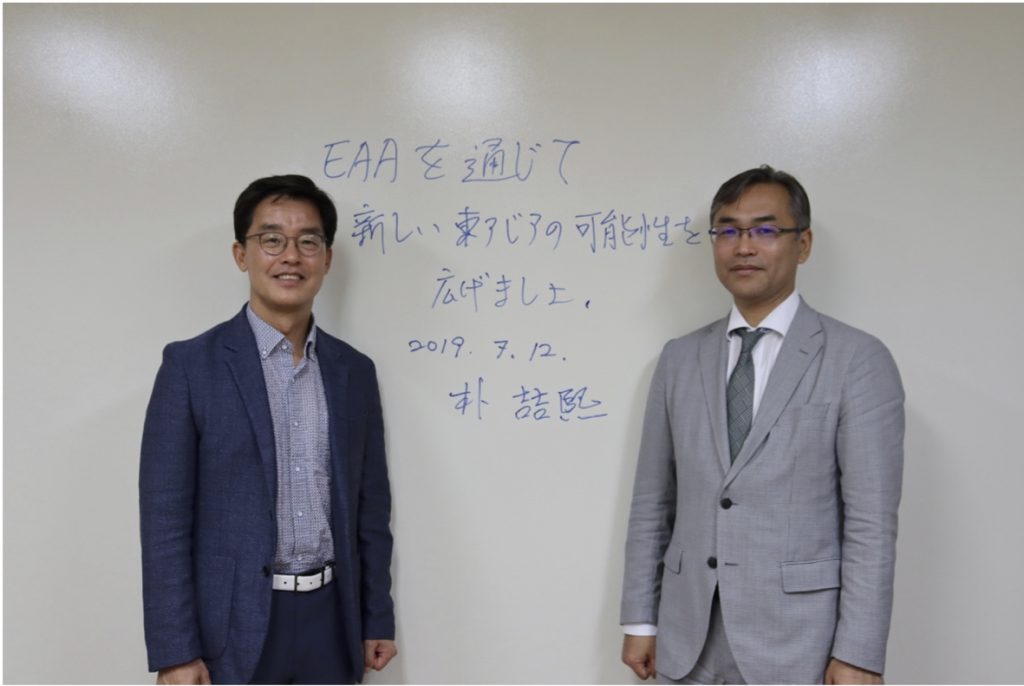 Still, to recall the saying that the darkest hour is just before the dawn, Park and Nakajima once again recalled the role of university and a new liberal arts in the midst of heightened tensions in East Asian relations. Exemplified by the Campus Asia program, Park said EAA would be expected to redesign the map of exploring East Asia through the lens of a new liberal arts, which would offer a new blueprint for the role of the university in the East Asian community.

Lastly, some small talk about Park’s dream after retirement changed the more tense atmosphere to return to a more pleasant discussion. Upon hearing the word “dream” in the dialog, Park seemed to ponder more deeply, which could easily be taken as an indication that the word might have long ago vanished from the hearts of established and renowned scholars, and the word “retirement,” since he is still vigorously working as a professor, an advisor, and an opinion leader. After a subtle surprise, he blissfully replied “I want to be engrossed in the classics of the humanities and challenged to do business, while standing at the edge of globalization.” In closing, his answer is likely to open another possibility for a new, future dialogue.