On January 21, 2020, EAA welcomed Professor Zan Tao as our guest. Professor Zan is Associate Professor in the History department and Area Studies Institute of Peking University, specializing in Turkish and Ottoman Studies. His many publications include a book entitled Modern State and Nation Building: A Study on Turkish Nationalism in the Early 20th Century, and several articles on modern Turkish and contemporary history. Professor Haneda Masashi, Vice President and Director of EAA, was a host and led the dialogue. The two exchanged their personal experiences studying in and about Turkey and Iran, as well as their thoughts and perspectives towards world or global history. 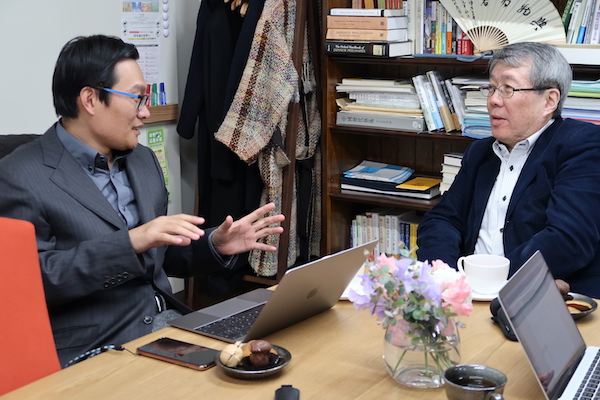 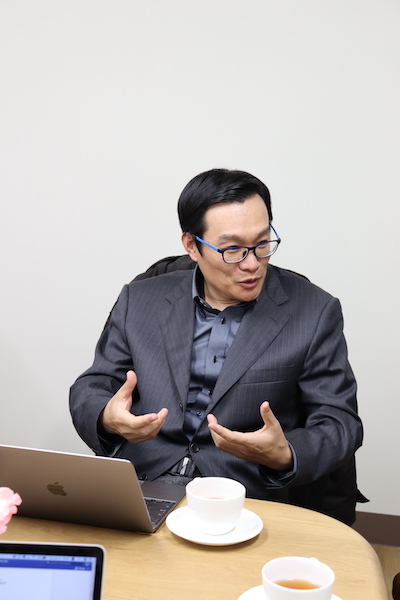 Professor Haneda commented that since the 1960s, scholars in Japan have been making an effort to integrate the national history of Japan into the framework of world history, yet a distinction between the two disciplines still remains. Echoing this, Professor Zan introduced a recent project concerned with writing a history of the modern world, from 1500 to 1900. He indicated that the part addressing China has proved the most challenging, because four hundred years of modern Chinese history need to be covered only within one and one-half chapters, which the historians of Ming and Qing China find very difficult. Regarding the different nuances of world versus global history, both Professors Haneda and Zan agree that world history is the vision. Meanwhile, since it is almost impossible for people to understand the entire globe, global history should be recognized only as an approach, and global historians implement this approach by taking up in older historical materials from a fresh perspective. 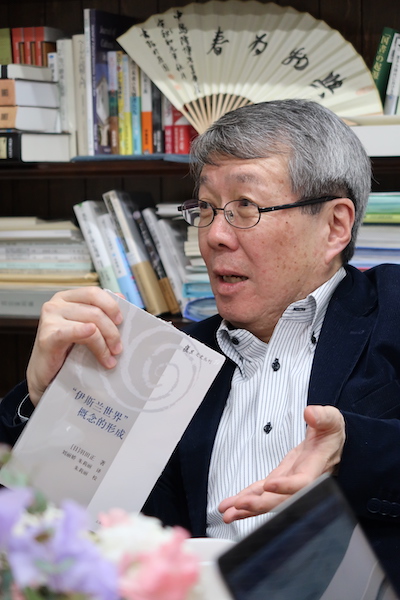 The two then shared how they grew interested in the subject matter of their studies, along with some memories from younger years. Professor Zan first became interested in Turkish history during his late undergraduate years. He was very fortunate to receive personal training from a famous Turkish scholar, Isenbike Togan, who was visiting Peking University at that time. Initially interested in military history, Zan later developed his study into a broader focus on the history of modern Turkey. He recently furthered his research into the nineteenth-century Ottoman Empire, exploring the phase of transformation between the Ottoman Empire to modern Turkey. For this inquiry, besides modern-day Turkish, Ottoman Turkish and many other languages are necessary. Professor Haneda noted that what happened after the 9/11 terrorist attack contributed to his shift of academic interest from the political history of sixteenth-century Iran, to the formation of the concept of “the Islamic world.” However, the demarcation between the study of national history within and beyond a nation-state, as well as the problematic academic framework of historical studies, which took shape in nineteenth-century Europe, led him to rethink the writing of history. Viz., for whom we write history? Is there a right way to write history? How do we understand the world without cutting the globe into parts like Europe, East Asia, or “the Islamic world”? These questions led him to his ongoing research on a new world history. 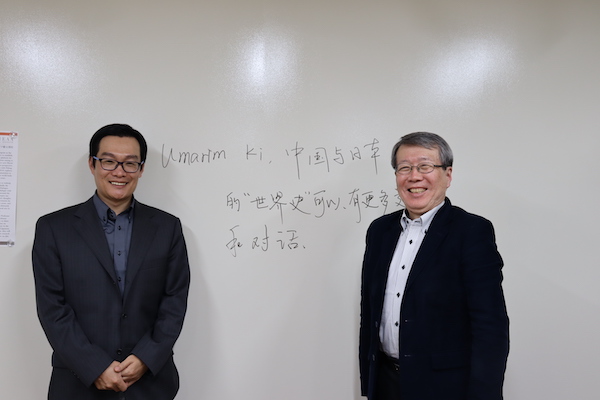 Wrapping up the dialogue, the two expressed their sincere concerns about the current epidemic of the corona virus, acknowledging that the history of epidemics itself is one of the most important topics in global history studies. Both agreed that historical studies should be done with contemporary issues in mind, and that by reading historical texts, scholars can find answers to contemporary questions. Professor Zan also expressed his wish to bring together Japanese and Chinese scholars of Ottoman and Turkish studies, in the hope that more researchers can explore and establish a new way of writing world history, rooted in an East Asian tradition.