At present, we are confronting the worldwide spread of COVID-19.

Ironically, the development of global exchange over the past twenty years has provoked the unprecedented acceleration of this coronavirus outbreak. As I reflect on this, the current crisis recalls the world in 1918. It was a time in which people across the globe suffered from an influenza pandemic (known as the Spanish flu) and the First World War. This worldwide crisis of 1918 may be seen as one of the highlights of the process of globalization in the twentieth century. Retrospectively, we know that the international world after 1918 was characterized by mutual hostilities and further horrors, culminating in the Second World War.

Currently, a hundred years after the Spanish flu pandemic, we face a similar watershed moment in world history. We must learn from the havoc of the twentieth century, and work to envisage a future world after the coronavirus pandemic. I would emphasize that imagining and realizing the future is more than thinking about how technology expands human possibilities. Our hope, what we hope for the future, is an essential component of our future. As the new director of EAA, I aim to promote the critical imagination by which we can shape and think about our hopes for the future. This attempt, the cultivation of the critical imagination, would include a reconceptualization of human beings without endorsing the anthropocentric view of the world. The attempt also entails a radical examination of the nature and structure of our society, as it today presupposes the market economy and modern technologies.

The prevailing ideas concerning human beings and society are an intellectual legacy of modern Europe. EAA’s attempt at its reconceptualization does not mean the rejection tout court of the values and consequences of the western world. I would emphasize that we sincerely need to learn a lesson from the failure of Japanese intellectuals in the 1940s, who aimed to conceptualize “Japan” as an alternative model of a universal value system. Their project, known as “Overcoming European Modernity,” provided ideological support for Japanese imperialism during the Second World War. As the disastrous consequences of this project show, efforts to draw a stark dichotomy between the East and the West, or the mere denial of modern European values, just causes further divisions and mutual hostility between people across the globe. I think that the scholarly pursuit of universality is a performative and endless process to expose ourselves to different social and cultural values, not privileging one specific norm over others. I, therefore, use the word “universalize” (as a verb), rather than “universality” (the noun), to describe what EAA aims for.

EAA is a joint institution between Tokyo and Peking Universities, also collaborating with Australian National University, Seoul National University, New York University and the University of Bonn. We aim to offer a new platform for advanced research and liberal arts education across the globe. Thanks to various avenues of support (and various hopes for the future), our vision has taken shape in the form of EAA as a collaborative project. I particularly appreciate the generous and continuous support from Daikin Industries, Ltd.

In short, EAA is an institution undergirded by the future hopes of its members and generous supporters. Through international collaborations, EAA aims to conduct research and education programs on human values and society in the globalizing world. I realize that the participation of students and early career researchers is the pivot of this huge challenge. As the new director of EAA, I look forward to thinking and working together with younger generations, active members of the future world. 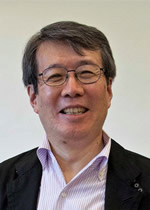 The East Asian Academy for New Liberal Arts at the University of Tokyo,

is a new organization established by researchers of the University of Tokyo and Peking University through an in-depth and constructive discussion concerning the future of the humanities. Its aim is to bring together knowledge in Japanese, Chinese and Western languages to produce

a new system of knowledge for explaining the mechanisms and structure of human beings and their societies. The name “Geimon Shoin (藝文書院, Academy for New Liberal Arts)” has a traditional aspect, but our undertaking is a very new and unique academic experiment.

In the nineteenth and twentieth centuries, it was believed that knowledge in Western languages was universal. But this idea does not stand today. We must regard the systems of knowledge produced in European languages as varieties of local knowledge, existing among many in the world. The Japanese language, which may be also considered a sphere of local knowledge, includes unique values and views, idioms and contexts, and all of these, combined with Japanese-speakers’ collective experience and common sense, form a system of knowledge that serves as a basis for their thinking and actions. It is the same case with Chinese. The knowledge in Japanese and Chinese languages, similar to that of knowledge in Western languages, are important elements that secure cultural diversity in the world.

At the East Asian Academy for New Liberal Arts, students of the University of Tokyo and Peking University work hard together under passionate teachers’ direction to improve their language skills in Japanese and Chinese and to master the systems of knowledge in each language. The language used in the classroom is English, which has established   its status as an international language. Teachers and students work together to connect and synthesize knowledge in Japanese, Chinese and Western languages, and to create a new world-wide system of knowledge.

This is an ambitious undertaking. If we borrow the metaphor of a sailing ship, we do not have an exact course charted. A vast ocean and storms await us, and our ship may not reach its destination easily. Still, the teachers of the two universities participating in this program are serious. Please join our ship and start on an adventurous journey of  knowledge together. We look forward to the participation of passionate students.

Last but not least, this program would not be possible without the understanding and strong support of Daikin Industries. We would like to express our deepest gratitude.