Beginning in June, we have read the first and second parts of Kugai Jodo and engaged in discussion from various viewpoints. It seemed to me that the relationship between the text itself and the dramatic development of Minamata disease incidents is important. For this reason, firstly I reviewed how the third part of Kugai Jodo was serialized in Tenbo from March 1972 to December 1973. What was remarkable is that Ishimure contributed to several articles other than Ten no Iwo to Tenbo: She also took part in reports on cinema by Noriaki Tsuchimoto and conversations about Minamata center. The dialogue between Ishimure and Senji Kuroi was interesting because Ishimure responded to him that she was trying to combine fiction and documentary reporting and to channel the Kumamoto district into poetic language.

Thereafter, I selected as an example of the topic of the day the description of Minamata by Noriaki Tsuchimoto. In Chapter 1, there are descriptions of sit-in that occurred in front of the Chisso Tokyo building, the denial of being allowed to film the dialogue between Ishimure and Dr. Hajime Hosokawa, and Ishimure’s beginning to write original shikyo (classical poetry). I pointed out the continuation of the image of sky and sea, especially as crystalized in the form of beauty of the Tokyo sky leading to that of Minamata and the expression of the sea of heaven in this third part. 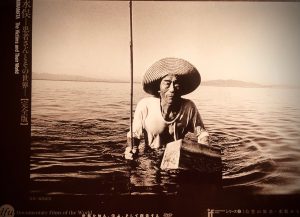 What we discussed was the possibility of highlighting the beauty of the Tokyo dawn in comparison to the dirty aspect of the city including its anthropogenic air pollution. We also debated the difference of sensitivity between the Minamata residents and the Tokyo residents as well as Ishimure’s particular image of rumin – the vagabonds. Furthermore, we discussed the situation in Japan during 1970s, including the oil shock and the Lockheed payoff incident, as well as the ambivalent relationship between Tokyo and smaller local cities. We also talked about the concept of place in relation to Kitaro Nishida’s ideal discussion about place in the context of the community. I briefly reviewed Jobin’s articles and concluded that the same trajectory seen in Ishimure’s work would be seen with other incidents involving industrial pollution; I also mentioned Claude Lanzmann and the question of forgiveness in 1990s. I did not develop the discussion about myth, but the next step would be to delve into the question of religious motifs in Ishimure, not only in the Buddhist but also the Christian context, especially through consideration of Amakusa.