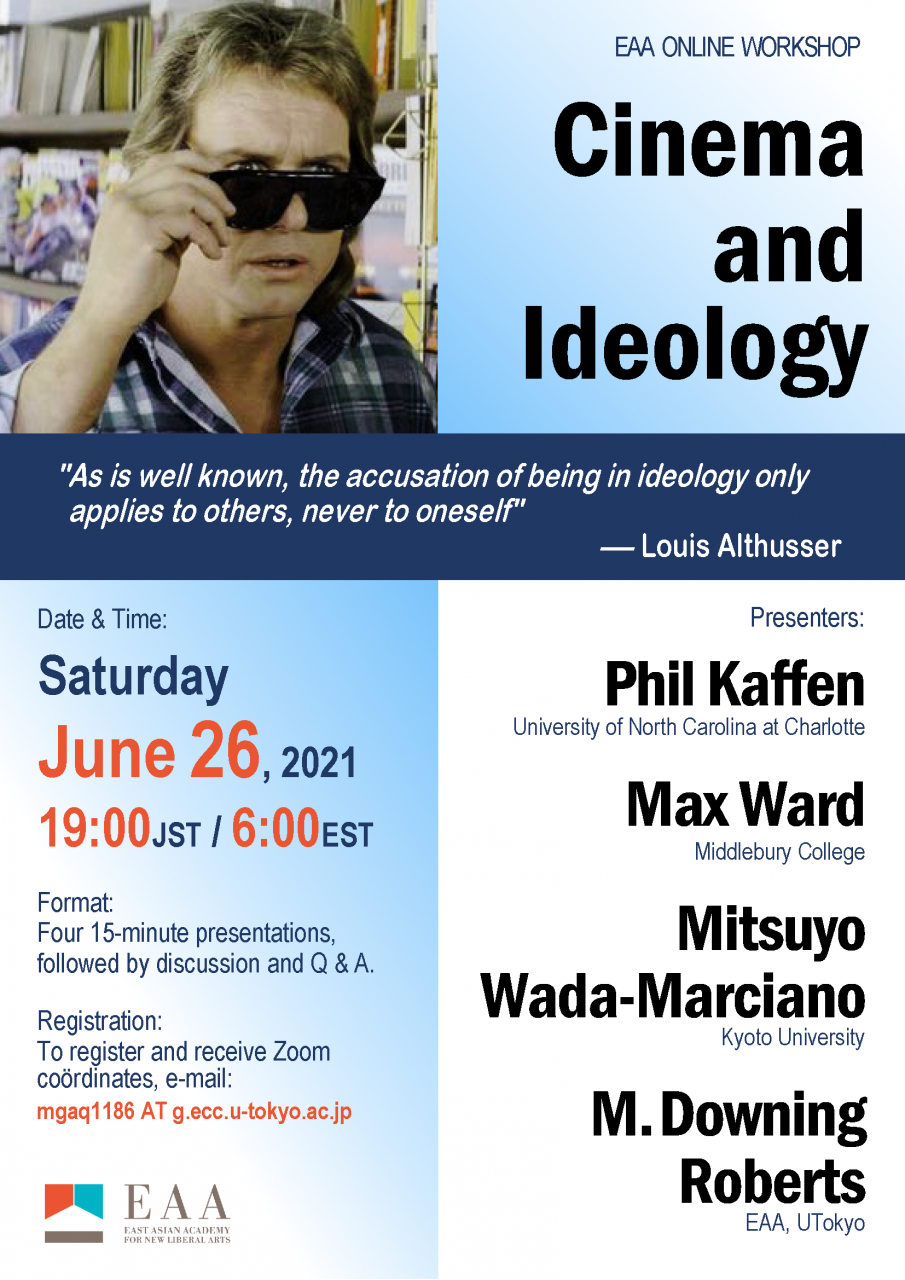 “As is well known, the accusation of being in ideology only applies to others, never to oneself”
—Louis Althusser

This workshop will investigate the problematic of cinema and ideology from the vantage point of contemporary Japanese film studies. The broad narrative is more or less familiar: when film studies took shape as a field of academic inquiry in the late 1960s, the problem of ideology emerged as one of its central concerns. Moreover, from the beginning of academic film studies, Japanese cinema played an important role, especially for attempts to ‘deprovincialize’ the discourse on cinema. With the recasting of film as an ideological practice, film studies and criticism took upon itself the project of exploring and theorizing film practices that worked to demystify cinematic regimes of seeing and knowing the world. By the 1990s, earlier lines of inquiry had expanded to include concerns from gender, cultural, and media studies (e.g., the debates on sexual identification, spectatorship, and medium-specificity). Through a process of disaggregation and shifting boundaries (e.g., should the study of film be subsumed under larger fields of inquiry into culture or media?), the problem of ideology tended to be obscured by more immediate questions concerning the topography of film studies as a whole. While the utility of ideology as a concept has been questioned by some (e.g., Deleuze), others have re-affirmed its central significance for the study of cinema, even as the boundaries of the field remain in motion. Insofar as our thinking about the problem of ideology vis-à-vis cinema has changed over the past few decades, it seems worth exploring how we might approach this in the present. Which approaches or theories of ideology seem particularly relevant at present? In this workshop, then, we propose to consider some questions concerning the criticism of ideology, through readings of specific films produced in postwar Japan.

“The Reciprocity of the Image”
Phil Kaffen, University of North Carolina at Charlotte

Four 15-minute presentations, followed by discussion and Q & A.

To register and receive Zoom coördinates, e-mail: mgaq1186 AT g.ecc.u-tokyo.ac.jp.