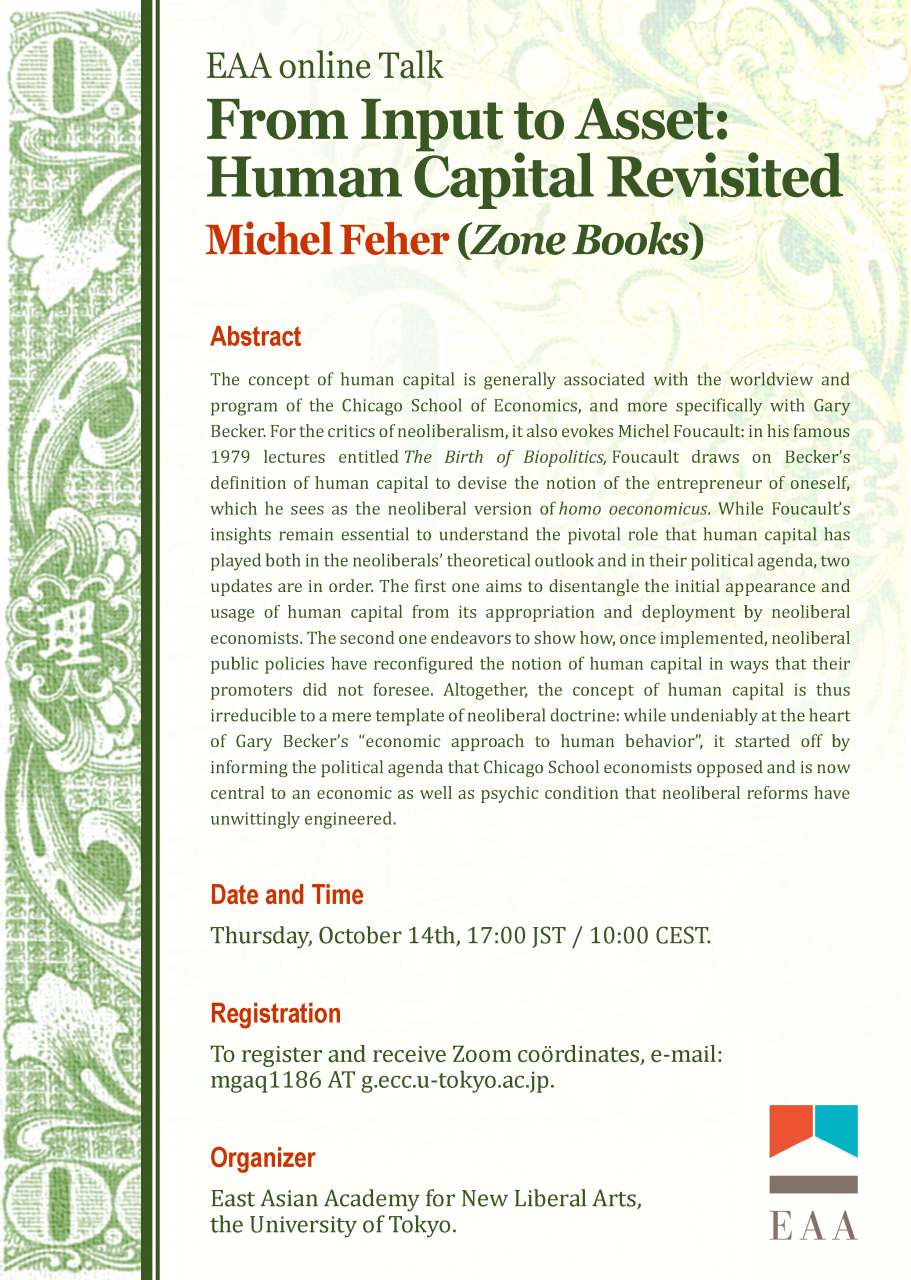 The concept of human capital is generally associated with the worldview and program of the Chicago School of Economics, and more specifically with Gary Becker. For the critics of neoliberalism, it also evokes Michel Foucault: in his famous 1979 lectures entitled The Birth of Biopolitics, Foucault draws on Becker’s definition of human capital to devise the notion of the entrepreneur of oneself, which he sees as the neoliberal version of homo oeconomicus. While Foucault’s insights remain essential to understand the pivotal role that human capital has played both in the neoliberals’ theoretical outlook and in their political agenda, two updates are in order. The first one aims to disentangle the initial appearance and usage of human capital from its appropriation and deployment by neoliberal economists. The second one endeavors to show how, once implemented, neoliberal public policies have reconfigured the notion of human capital in ways that their promoters did not foresee. Altogether, the concept of human capital is thus irreducible to a mere template of neoliberal doctrine: while undeniably at the heart of Gary Becker’s “economic approach to human behavior”, it started off by informing the political agenda that Chicago School economists opposed and is now central to an economic as well as psychic condition that neoliberal reforms have unwittingly engineered.

Michel Feher is a philosopher, a founding editor of Zone Books, as well as a co-founder of Cette France-là, a monitoring group on French immigration policy. He is the author of Powerless by Design: The Age of the International Community and, most recently, of Rated Agency: Investee Politics in a Speculative Age.