After three days of lectures and group activities, the Campus Asia program 2019 welcomed the presentation day. In the morning, members of the four teams were busy preparing for the presentations scheduled in the afternoon. They were discussing, debating, and wrapping up ideas from the group activities held during the previous two days. 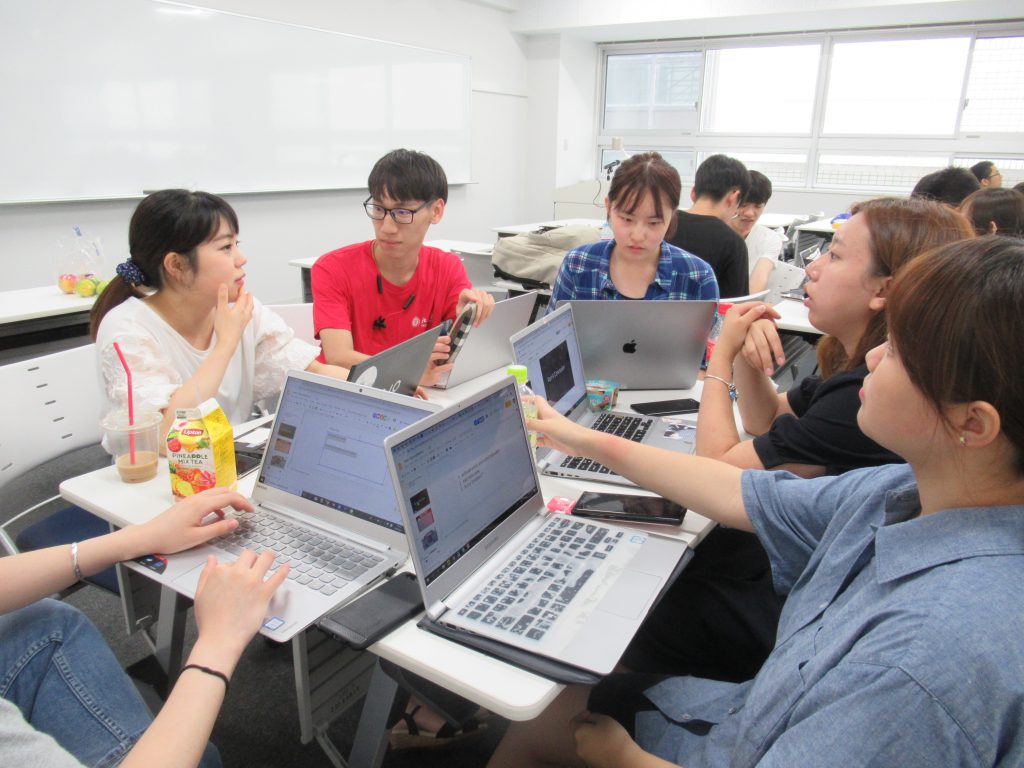 At 14:00, instructors and students gathered for the event. Professor Ha-kyoung Lee (Seoul National University), Professor Ttsuyoshi Ishii, Professor Hidemi Takahashi and Professor Shiho Maeshima (University of Tokyo) participated in the session. Following the plan which had been decided the day before, Team 2 gave the first presentation on “Entertainment in ‘Life’ and ‘Environment’”. They discussed ways of enjoying leisure time by focusing on the Anime, Comics and Games (ACG) culture of Japan and onsen (hot spring) culture in Japan, Korea and China. 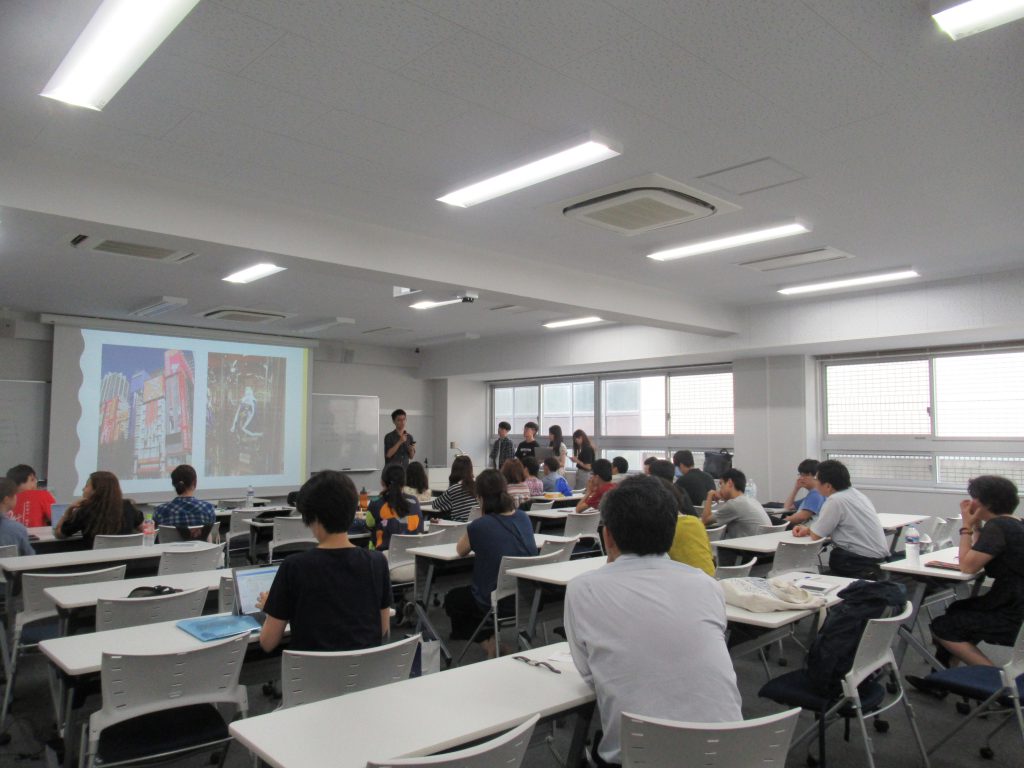 Team 3 gave the second presentation, entitled “Waste Disposal and Recycling in Daily Life”. Originally inspired by their experiences with waste disposal on the Komaba campus, the team members extended their study to other sites in Tokyo, as well as to recent trends of recycling in Shanghai, China and recycling policies in Korea.

Team 4 chose “national identity” as their theme, drawing from historical controversies among the three countries and recent conflicts between Japan and Korea. Drawing from the thought of Friedrich Nietzsche and Jacques Derrida, they analyzing multi-cultural problems in Korea, China and Japan, covering issues such as refugees, ethnic minorities and immigrants, to reach the conclusion that national identity is established through difference and seems to be flexible. 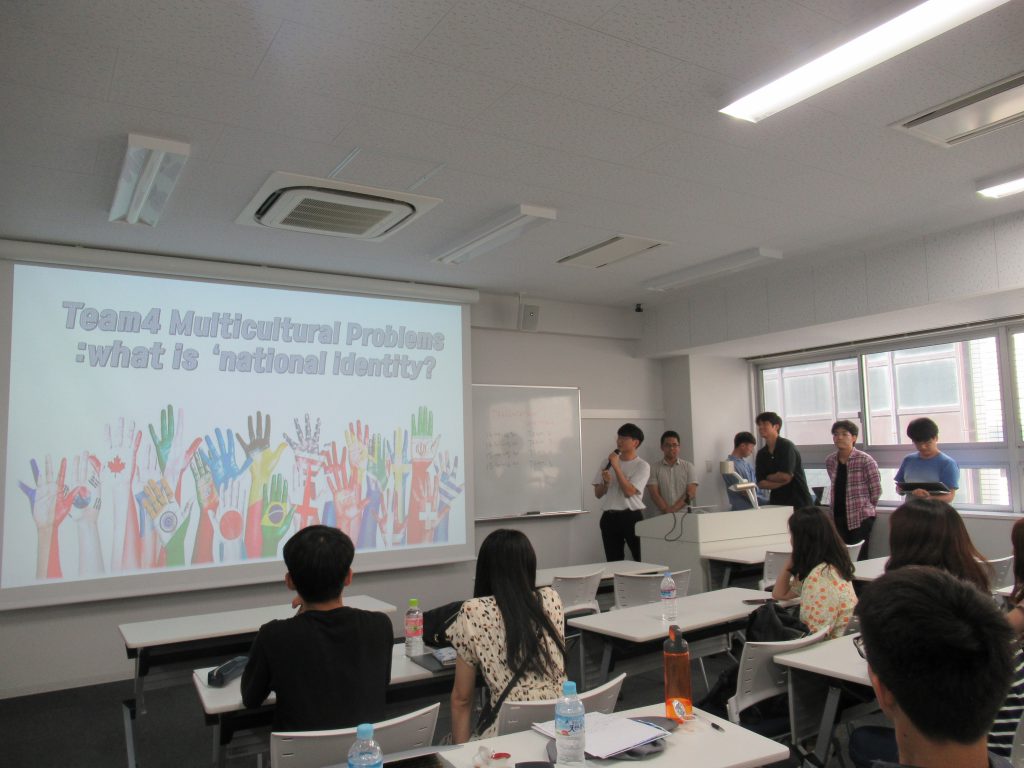 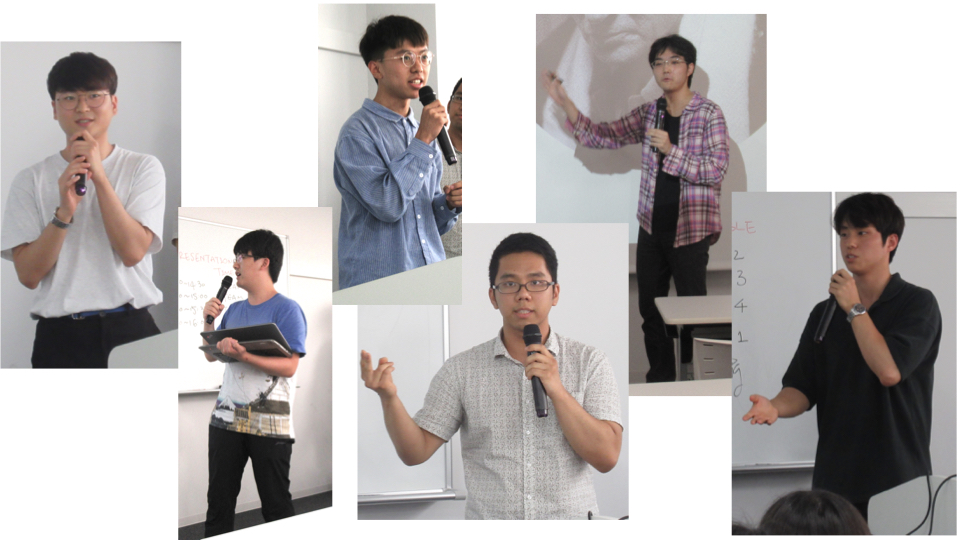 The last to present was Team 1, with the title “Demographics in East Asia”. The presentation began with an overview of the demographics of Japan, China, and Korea, all of which are facing the common challenge of declining birth rate and ageing population. After introducing the ongoing policies of the three countries, they proposed their own policies, including working after retirement and mandatory parental leave for fathers and suggested that technological developments can be of great help in the future. 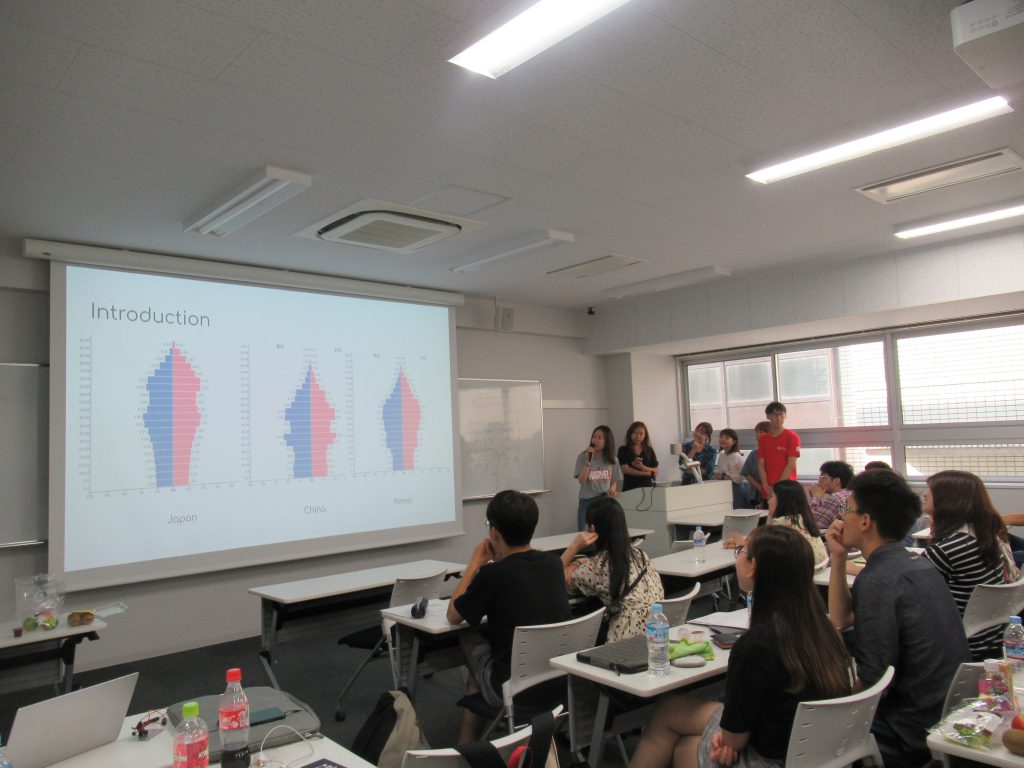 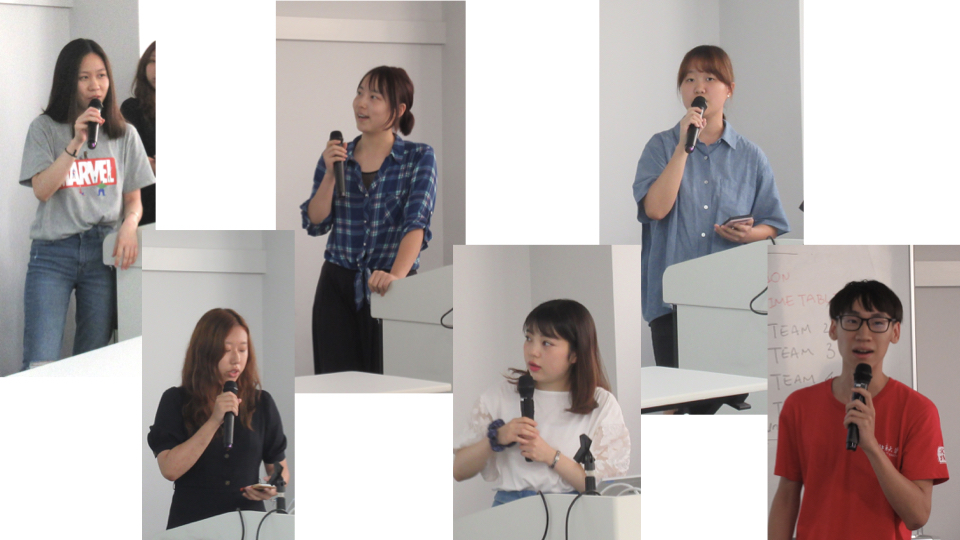 After the presentation session, the students headed to Shinagawa station to catch the Shinkansen to Osaka. During the two-and-half hour train trip, they continued their discussion of the questions raised in the presentations, and some also used the time to learn Korean/Chinese/Japanese from their fellow team members. 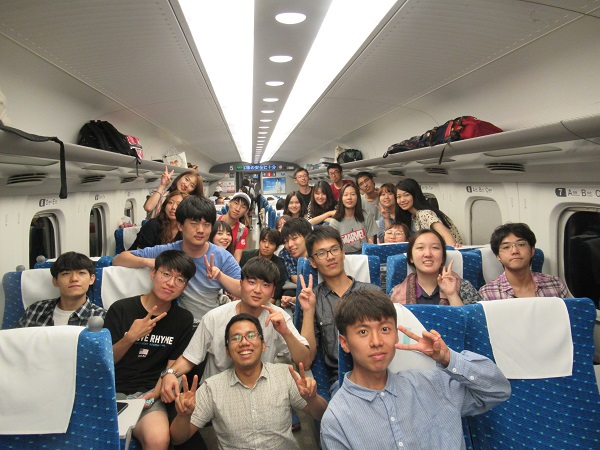