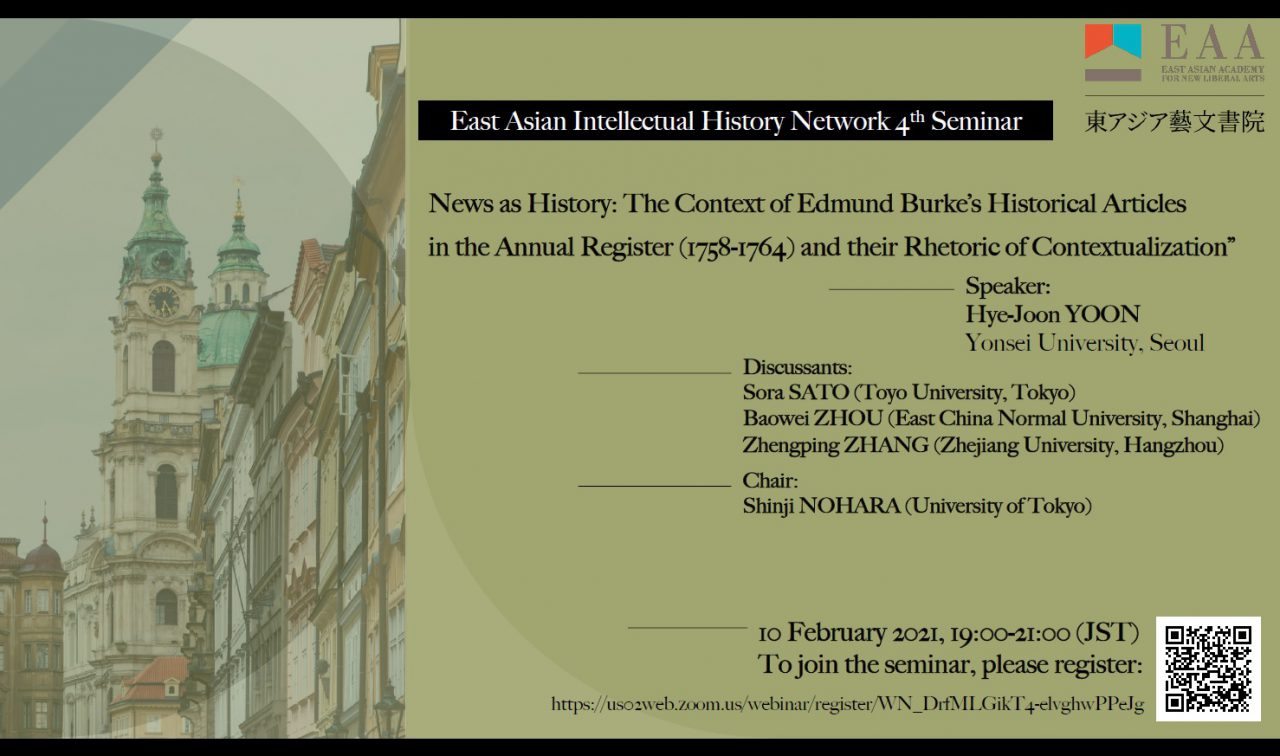 “News as History: The Context of Edmund Burke’s Historical Articles in The Annual Register (1758-1764) and their Rhetoric of Contextualization”

On 10th February 2021, the East Asian Intellectual History Network (EAIHN), through the auspices of the EAA (East Asian Academy) at the University of Tokyo, hosted a talk by Hye-Joon Yoon (Yonsei University, Seoul.) entitled “News as History: The Context of Edmund Burke’s Historical Articles in The Annual Register (1758-1764) and their Rhetoric of Contextualization.” After opening remarks by the chair, Shinji Nohara (University of Tokyo), Professor Yoon introduced his paper, discussing its main points. His talk was followed by three discussants’ comments and questions, Yoon’s response to them, and a lively discussion among the conference participants. The abstract of the paper is as follows:

Edmund Burke, a relatively unknown young man of letters from Dublin, signed a contract in 1758 with Robert Dodsley, one of the leading London publishers of the age, to edit Dodsley’s new periodical called The Annual Register. The financial attraction to the young writer—still in his twenties but newly burdened with wife and son—of securing a “modest but regular” income (in E. P. Lock’s expression) would have been strong indeed. But the contract would have other salutary consequences, as his editorial duties compelled Burke to develop and refine his capacity to anatomize and contextualize current affairs. Although never acknowledged openly by Burke himself, and generally given only a marginal recognition in scholarly studies of the great “philosopher in action” (as Burke defined the ideal role of a parliamentarian), before he came to be a prominent orator in the House of Commons, Burke was heavily involved in editing the magazine and in writing for it. Being a yearly periodical, the scope of The Annual Register was broader than monthlies or weeklies, and its style was similarly more comprehensive than what was typical of the journalistic prose of the century. Given Burke’s keen sense of the importance of history in politics and society, which came to play such a potent role in his indictment of Warren Hastings and in his castigation of the French Revolution later in his career, framing the contemporary events, such as the Seven Years’ War (1756-63), in the context of historical causality and geographical constraints was what gave The Annual Register a distinctive competitive edge over other periodical essays. As the title of the main article of The Annual Register’s first issue “The History of the Present War” indicates, Dodsley’s magazine proposed to offer a historical contextualization of the “Present” moment, gathering diverse incidents “into one connected narrative,” as the “Preface” to the first number promised, to furnish the reader with a balanced picture of the tide of history flowing from the past through the present to the likely future. Current affairs and past events were blended through this bold endeavour to uplift print journalism onto a philosophy or “science” of society. This paper samples some rhetorical devices used to harmonize historical contextualization with reportage of contingent incidents—such as juxtaposing one geographical locality with another (e.g. North America with Bengal), dramatizing the character of the main actors (e.g. Frederick II), and assessing the strength or weakness of geographical locality (e.g. French Atlantic coast)—which merits to be appreciated in the company, on the one hand, of the celebrated eighteenth-century historical narratives produced by David Hume, Edward Gibbon, or William Robertson, and on the other, of the war journalism of the next century represented by William Russell of The Times. 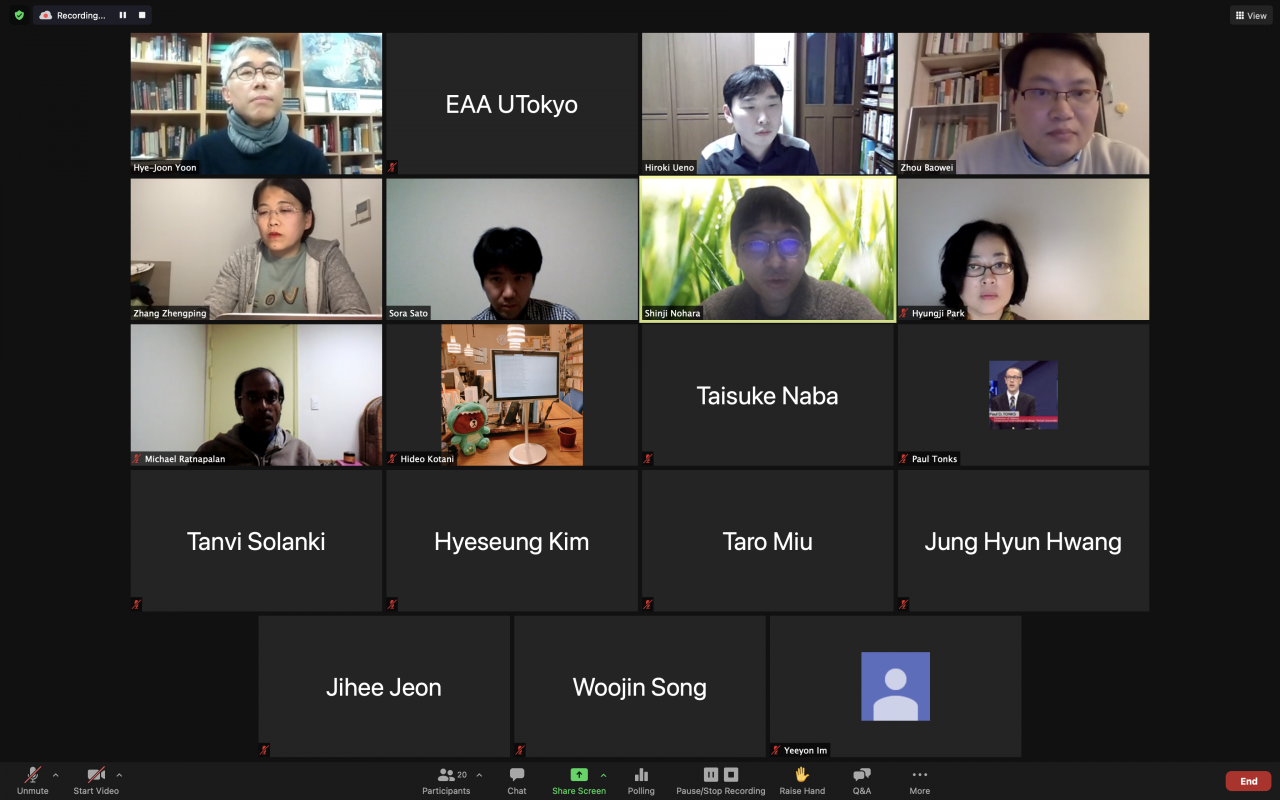