The first workshop on “Conditions of Sovereignty,” co-organized by Global Studies Initiative (GSI) at UTokyo and East Asian Academy for New Liberal Arts (EAA) at UTokyo, was held on July 24, 2021. Professor Kokubun Koichiro, who is the director of GSI as well as one of the members of the study group of the project, first briefly introduced the basic ideas underlying the whole project on sovereignty shared by all group members. Against the background of globalization and specially the worldwide problematic of the corona-virus, emphasized Kokubun, what has been taken for granted for a long period in terms of politics, including the principle of democracy, the limit of sovereign state, the problematic of the exceptional state, etc., now have to be critically reexamined. That being said, there is no given alternative to the idea of sovereignty when we think about contemporary politics. The project, then, according to Kokubun, aims at a philosophical articulation and criticism of a series of problems concerning sovereignty as it is operative in the present-day, including the distinction between politics and governance, the tension between democracy and the state of emergency, and so forth. 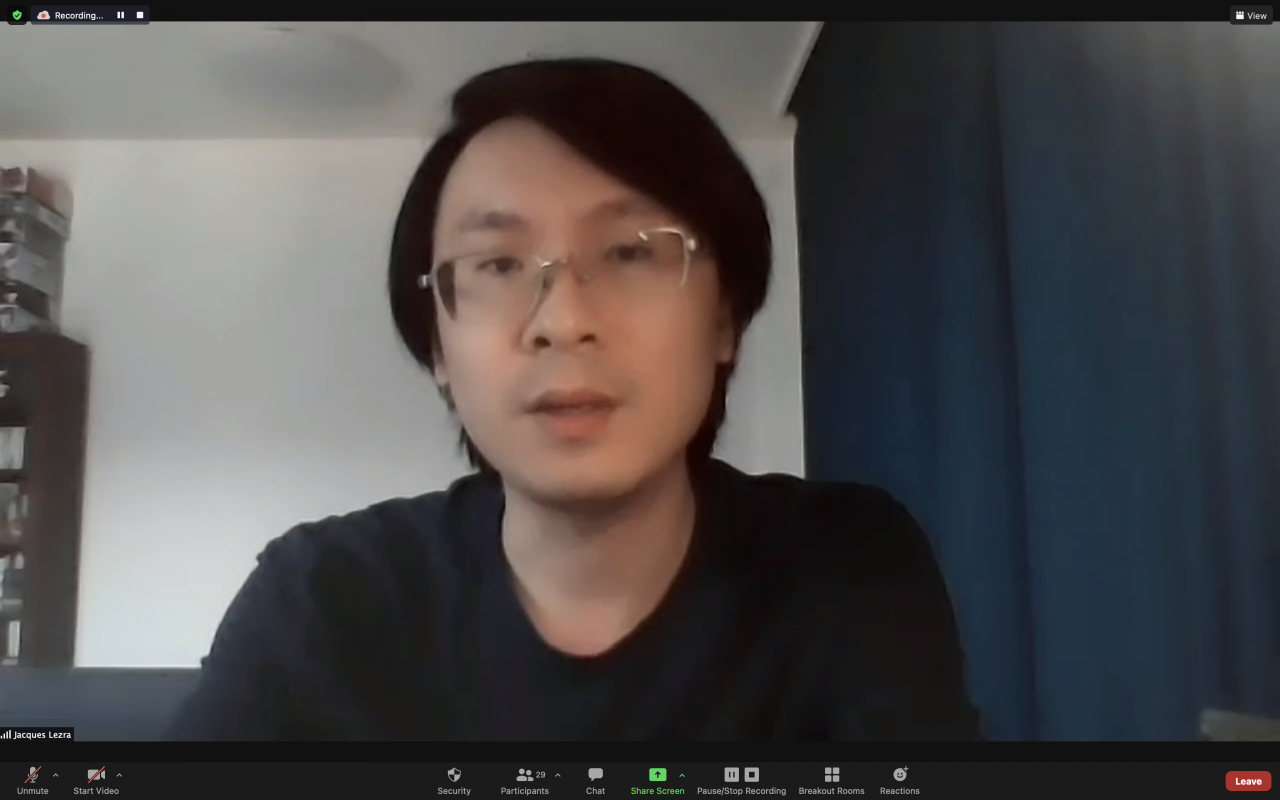 Professor Jacques Lezra (University of California—Riverside) then gave a speech on “Instance of the Police: on Defective Institutions,” where he argued that, if in nowadays political practices sovereignty constitutes the “common” through its institutions of violence, whose exemplary case is none other than police, then what is at stake for us is to imagine a sort of “defective institution” where the constitution of commonality becomes problematic in the first place. With regard to the current form of the state, Lezra poignantly asked: if the state is to be understood as a legitimation of some people dominating other people through persuasion or suppression represented by the police, why is the state to exist at all? The instance of the police, according to Lezra, played a significant role of creating hegemony, serving to regulate analogy and synonymy, determining borders and limits, and thereby representing the necessity in the field of politics. 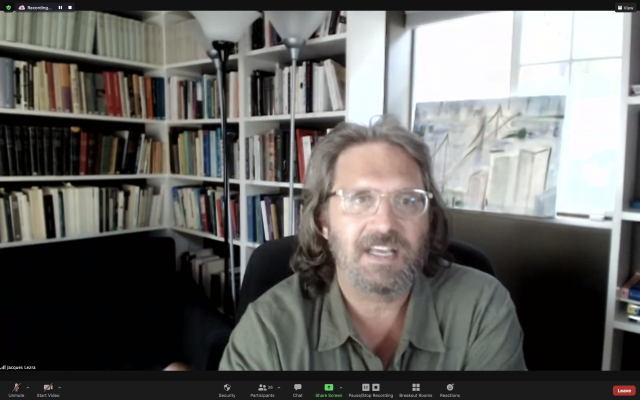 Lezra pushes further the problematic of the instance of police, as it operates as the representation of the necessity of necessity in politics through a close reading of Louis Althusser’s famous essay on ideological state-apparatus, indicating that a seemingly trivial “internal translation” does the work of rendering synonymous subjectivity understood as rendering account of oneself and one’s actions, and subjectivity understood as responsibility to a duty. These two subjectivities are sutured by and when the interpellated one turns around in Althusser’s theatrical scene, just as the instance of the police produces the synonymy of these two modes of subjectivization. By contrast, concluded Lezra, what are to be called “defective institutions” will be instituted in the disjoining of one’s experience from one’s formal responsibility for its event.

Professor Kokubun asked about the meaning of “defective institution” while mentioning the Deleuzean distinction between law and institution. Professor Nakajima Takahiro, director of EAA, asked a question about “the instance of the police,” where “instance” seems to imply “case” as well as “instant-ness.” The issue, the, is about to think about “conditional sovereignty” under such a condition, asked Nakajima. Professor Ching-yuan Cheung asked about the Hegelian model of the police, where the police is closely associated with the framework of civil society. Professor Ishii mentioned the situation of police offices in the United States, where the right of “qualified immunity” is predominant. Professor Sato Maki put forward the questions about education and anarchism. Professor Hoshino also asked about the concept of “the defective institution,” who asked how to deepen the institution defective. 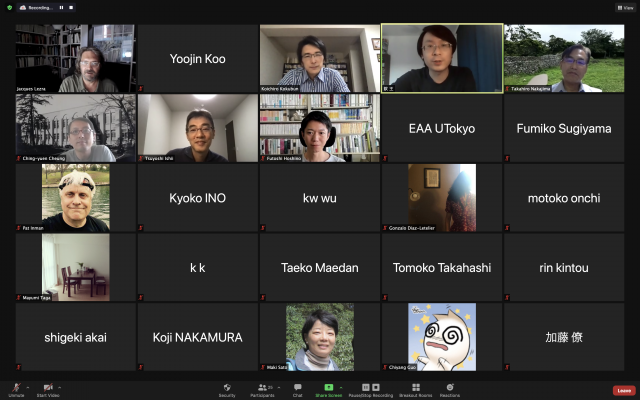 In his response, Lezra pointed out that by “institution” in the normal sense he meant that which is posited in political philosophy as the dispositif of the state; by contrast, “defective institution” does not lie on the concepts of identity, consistency, etc. They are “defective” insofar as they are not coherent, but assemblages of language games in which identity claims do not have continuity or accountability, but contingent temporalities and plural democracies. About Nakajima’s question, Lezra said that “instance” also means “insistence,” which implies duration. Authority is placed on the retention of an authoritative position, so that the police is the figure where the culture tries to suture the three terms—the court, the instant, and the insistence. What is interesting, by contrast, will be a condition that cannot be saturated, where contingencies, pluralities, and overdeterminations prevail. With regard to the definition of the police, Lezra emphasized that we have think about the possibility in which the police can disappear. Education is often regarded at the service of the erasure of coercive function of the police in the present-day, which at the same time has to be masqueraded in democratic states. But, Lezra stressed, the state cannot be separated from its apparatus. In the alternative version, this will not be the case for defective institutions are noninstrumentable devices.