The EAA held a virtual workshop with Professor Celeste Arrington (George Washington University) on March 3, 2022. Professor Arrington is one of the leading scholars on law and social change, legal mobilization, and comparative studies of Japan and Korea. She gave a talk “From Manners to Rules: Explaining More Legalistic Approaches to Governance in Japan and South Korea,” about her current book project, which examines changing approaches to law and regulation in the two countries.

Professor Arrington’s impetus to start this project was the shift toward more formal rules and enforcement mechanisms, including through the courts, in Japan and Korea, given that the two countries historically had informal, cooperative, and bureaucratic approaches to regulation, in contrast with the adversarial legalism of the United States. With this, the existing literature tends to focus on the top-down process in which political elites take the initiative. But Professor Arrington argues that civil society actors (activists and lawyers) in both countries also play a significant role, which shows the bottom-up drivers behind more legalistic approaches to governance.

To what extent and why are Japan and Korea adopting more legalistic modes of governance? How are civil society groups contributing to this legalistic turn in the regulatory style? Professor Arrington examined these research questions by laying out six mechanisms—brokerage, framing, strategic litigation, normative change, information subsidies, and shaming—behind this increased legalism. With examples recent reforms related to secondhand smoke prevention in Japan and Korea, she articulated the legalistic shift in governance and the crucial role played by civil society actors as a driving force in this. 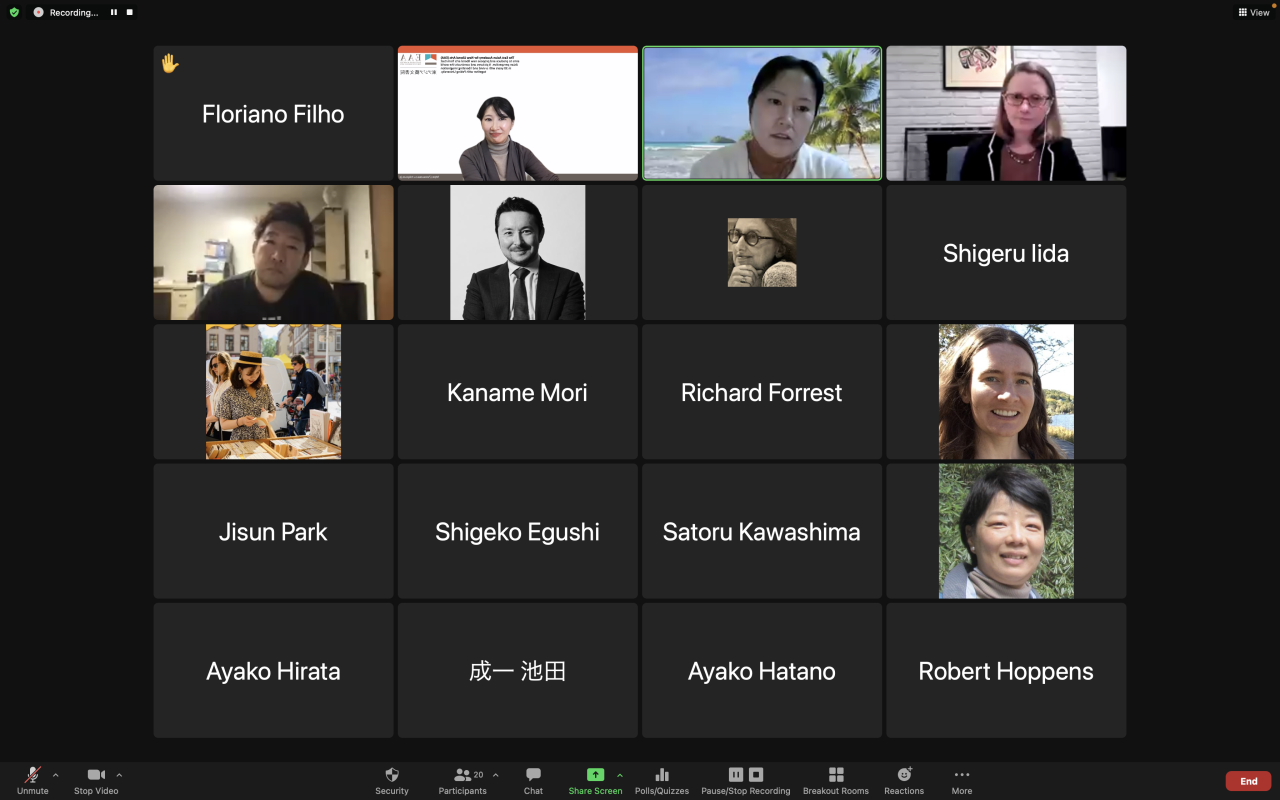 Following Professor Arrington’s talk, the discussant, Professor Hye-Won Um (Sogang University), noted potential issues about the case selection: namely, why Japan and Korea? Why tobacco control regulation? In response, Professor Arrington clarified the significance of comparing Japan and Korea as a paired comparison by directing attention to their similarities, as opposed to their differences that are often accentuated, and plans to bolster her argument with further cases such as accessibility for people with disabilities. The participants also engaged in the discussion by raising questions regarding the necessary conditions for the six mechanisms, other issue (or policy) areas (e.g., environmental issues) that demonstrate the trend toward increased legalism, different civil society foundations in Japan and Korea that create differences in governance, and so on. It was a thought-provoking discussion, exploring whether the legalistic shift in both countries ushers in more opportunities for civic participation in the policy-making process.