ユク・ホイ (香港城市大学、技術哲学）
「Beyond the Organismic Metaphor, or Philosophy after Cybernetics」

In Recursivity and Contingency [2019, Japanese translation 2022], I tried to show how the opposition between mechanism and organism and the overcoming of the former by the latter characterize the modern Western thought from Kant (or from Leibniz according to other analysis, for example Joseph Needham) to Norbert Wiener, and therefore it constitutes what I termed an organic condition of philosophizing. Symbiosis, a term introduced in the late 1870s, belongs to such organismic thinking, according to which, two or more unlike named organisms form reciprocity and a community between themselves, which also underlies one important aspect of evolution. These two terms reciprocity and community are also employed by Kant to describe the operation and structure of an organism (§64, Critique of Judgment) and later by Hannah Arendt to formulate a Kantian political philosophy (Lectures on Kant’s Political Philosophy). The development of the organismic thinking in biology and its realization in cybernetics and systems theory in the 20th century seem to have concluded this condition of philosophizing. The term symbiosis was also employed beyond the domain of biology towards a bio-technological (and planetary) complex, for example, Joseph Licklider (1960) proposes an intimate man-computer symbiosis; James Lovelock and Lynn Margulis puts symbiosis at the core of their Gaia theory. I will attempt to show in this talk, how this organismic thinking which characterizes the paradigm of modern Western philosophy might have come to close, in what Martin Heidegger calls the end of Western philosophy or metaphysics, the completion marked by cybernetics. Therefore, the task might be to go beyond the biological metaphor of symbiosis, and inquire into a new agenda of co-existence, which I suggest as a new condition of philosophy. 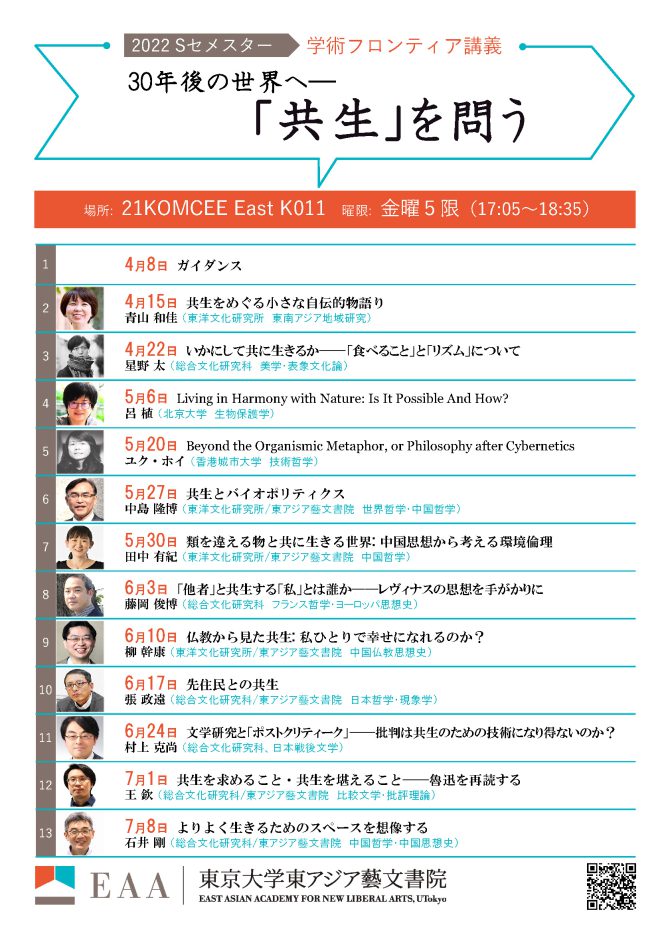