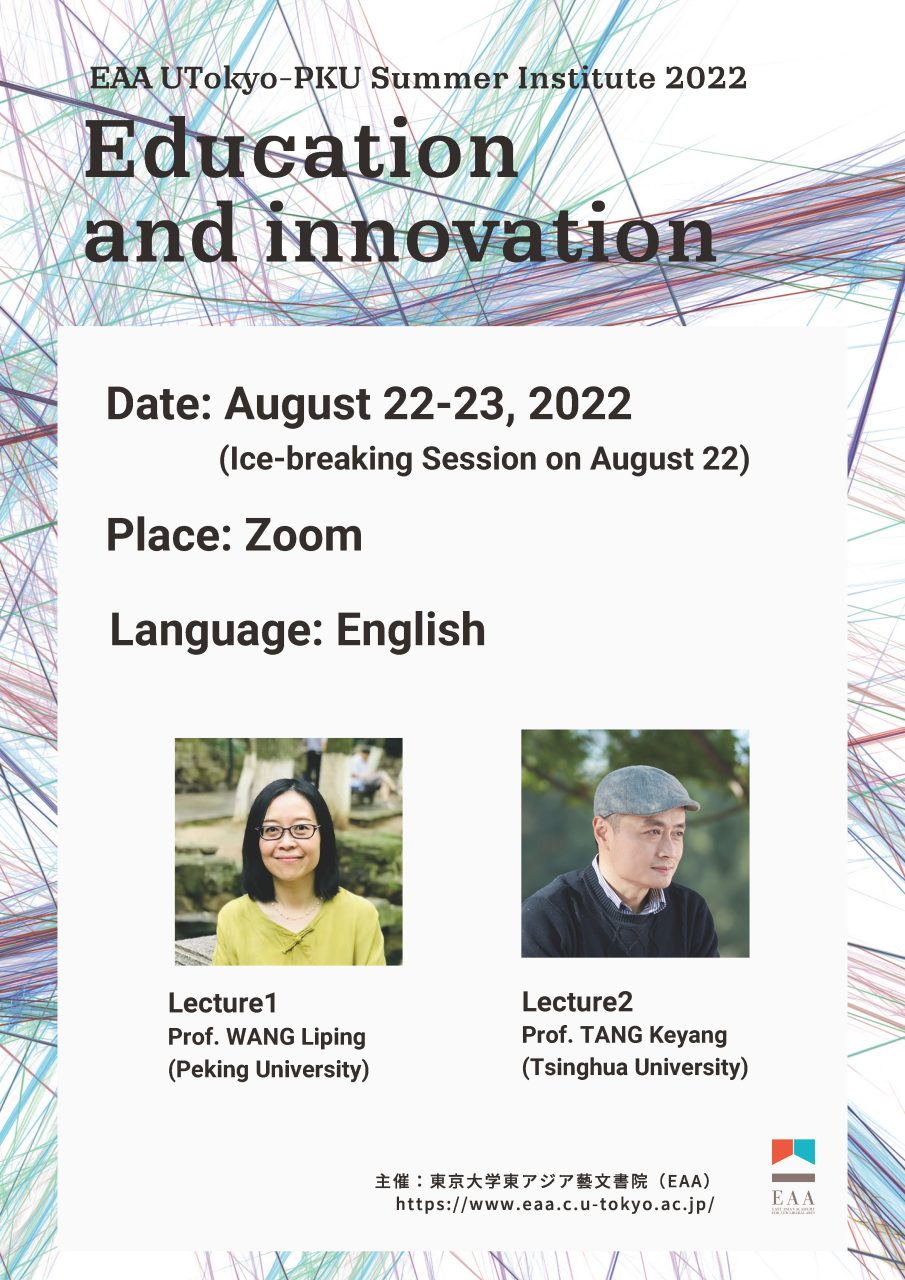 Lecture 1
John Dewey heralded the movement of American progressivism and his thoughts inspired the direction of education development in the entire 20th century. His educational experiment was conducted in the same era when the famous sociologist Max Weber had his American journey. This paper aims at explaining the core idea of interest, which was formed at the inception of Dewey’s famous Laboratory School. In his later years, Dewey continuously revisited this concept, which became a key to understanding his thought about the relationship between the individual, society, culture and civilization. Dewey’s idea of interest is explicated through three levels: the distinction between interest and pleasure, the relationship between interest and will in the structure of action, and the unfolding of interest in children’s daily work. Elucidating these aspects helps us understand Dewey’s central position in the progressivist movement and pragmatist tradition. Dewey’s thought leads to a novel interpretation of “progress” in modern society, which pinpoints an actor, who creates the meaning of action rather than taking it over from the established cultural traditions.

References:
Dewey, John. 1944. Democracy and Education. New York: The Free Press.
Dewey, John. 1903. “Interest as Related to Will.” In Herbart Yearbook for 1895, edited by Charles A. McMurry. The University of Chicago Press.

Lecture 2
Space does not equal to grand buildings but is a general (and modern) reference to the habitat, either man-made or natural, abstract or materialized, in which humanity finds itself actualized. As a key category it has attracted attention of the researchers from many disciplines such as archaeologists, anthropologists, behavioral scientists, urban planners, among others，spurring the later “spatial turn” in the field of history.
Accordingly, sociologists develop their theory of everyday practices and make us reflect on the foundation of modern society. These familiar aspects of our life – housekeeping, shopping, recreation, city strolling – often distance themselves from Classical teaching and bring in the significant issue of what the ultimate goals of civilizations are. Scholars argue about the holistic “essence” of daily life but practitioners, not only architects but also plumbers, firefighters… are more interested in the formation and way of operations of the living environments.
Tang Keyang focuses on city and space from an interdisciplinary perspective, conducting research at the intersection of visual-psychology-behavior and on innovation practice with roots in traditional culture and daily life. The presenter will explore the seemingly contradictory combination of concepts that are “daily space” and “innovation”, expounding the fundamental source of design methodology in the context of a gradually more “virtual” reality. Possessing multiple roles including architect and architectural writer,
Tang Keyang will introduce us to the broader journey of space “innovation”, and help us make sense of the general significance of architecture in human life and our way of thinking.

References:
Michel de Certeau, Practice of Everyday Life, University of California Press, 2011.
Fei Xiaotong, From the Soil: The Foundations of Chinese Society, University of California Press,1992.
Kevin Lynch, The Image of the City (Harvard-MIT Joint Center for Urban Studies Series), The MIT Press, 1960.
Louis I. Kahn, Alessandro Vassella ed., Silence and Light: The Lecture at ETH Zurich, February 12, 1969, Park Books, 2013.
Frank Moss, The Sorcerers and Their Apprentices: How the Digital Magicians of the MIT Media Lab Are Creating the Innovative Technologies, Currency, 2011.