In the morning of the third day of their Tokyo session, students learned about the relationship between environment problems and human health. In her lecture entitled “Air Pollution, Climate Change and Human Health”, Prof. Kim Yoonhee of UTokyo first introduced the basic theory of environmental epidemiology, and then focused on air pollution to illustrate the topic. Looking back on the London smog of 1952, she showed how the smog influenced the death rate of local inhabitants and, from there, began analyzing the current situation in East Asia. 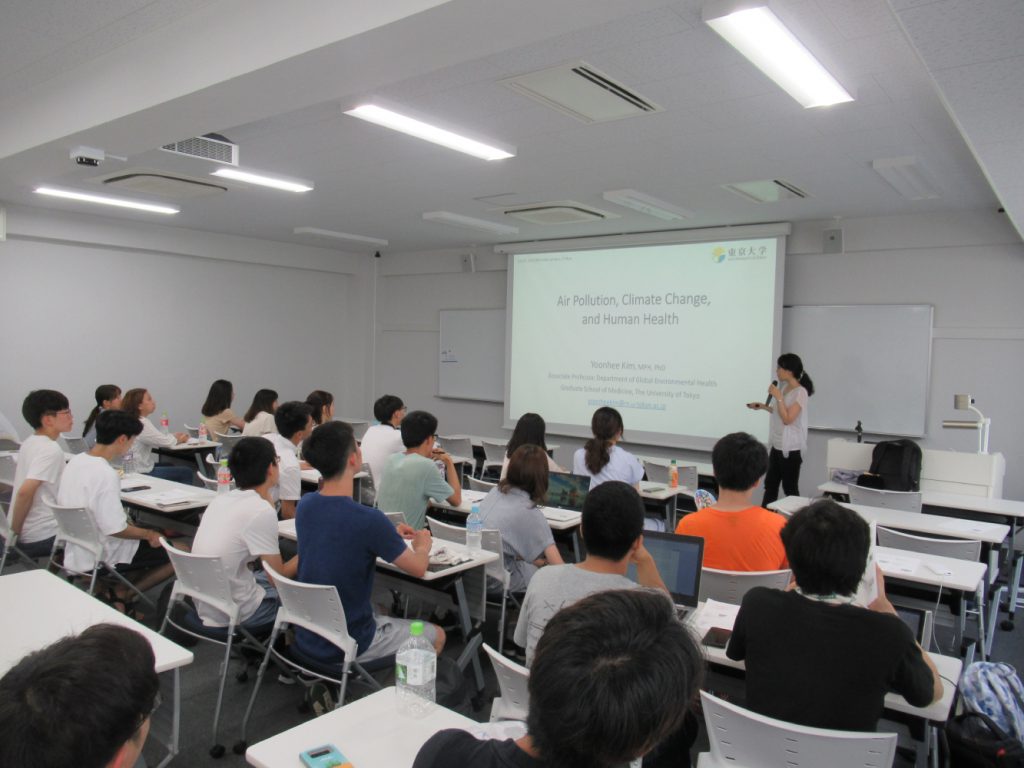 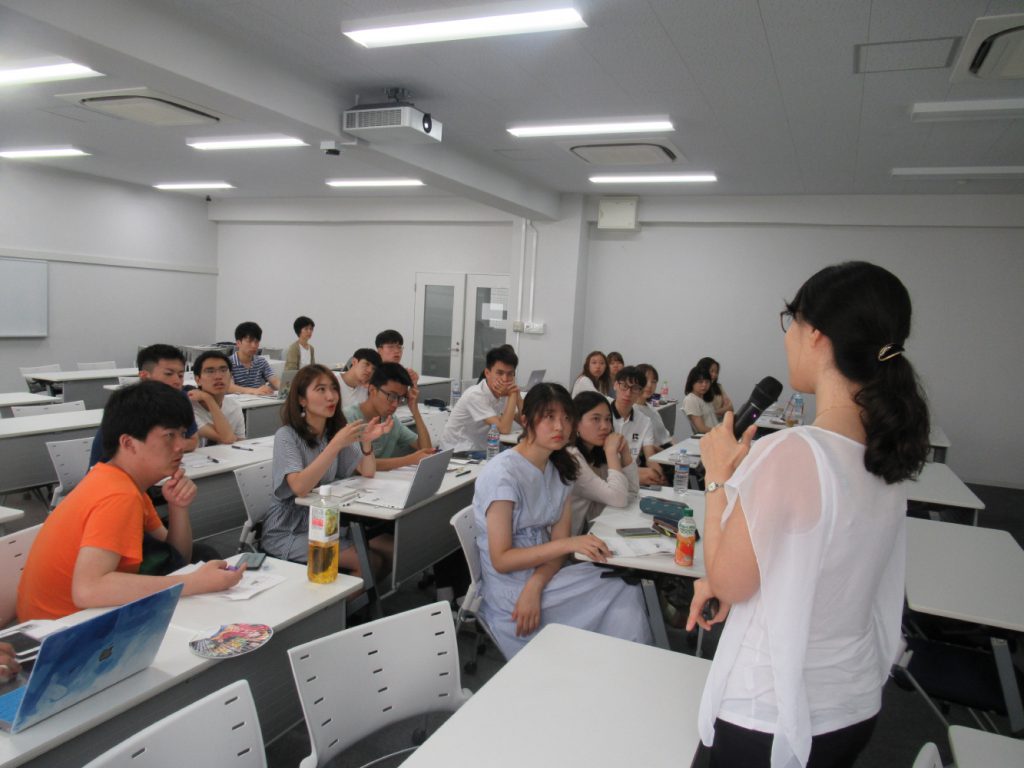 Prof. Kim emphasized that it is important to understand that solving air pollution problems involves the collaboration of many countries, that blaming neighbors is meaningless, and that we need solutions to broadly improve everyone’s health. She also discussed climate change, as it also poses a significant threat to human health. “What should we do? Mitigation and adaptation.” was Prof. Kim’s take-away message for all students. 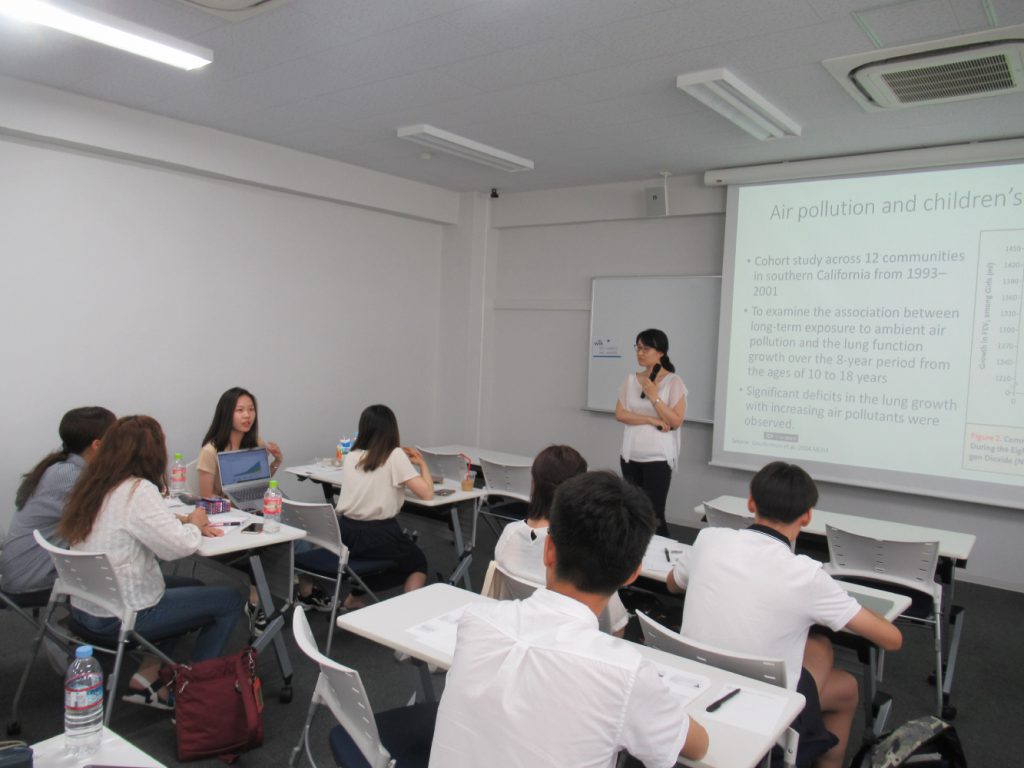 This day’s afternoon also included time for team activities, in which four groups of students continued their explorations in Tokyo. Group 1 and Group 4 went to see the exhibition “teamLab Borderless” in the Mori Building Digital Art Museum together, Group 4 also visited Ooedo Onsen Monogatari at Odaiba. Group 2 explored Akihabara, Asakusa and Tokyo Sky Tree. The Korean members were surprised that entertainment plays such a huge part in Japanese daily life and the environment. Group 3 visited Tokyo Tower and the Tokyo National Museum. They were impressed by the night view and Buddhist Sculptures from Nara. Significantly, in two half-day activities, they managed to explore both traditional and modern, as well as particular and universal faces of Tokyo. 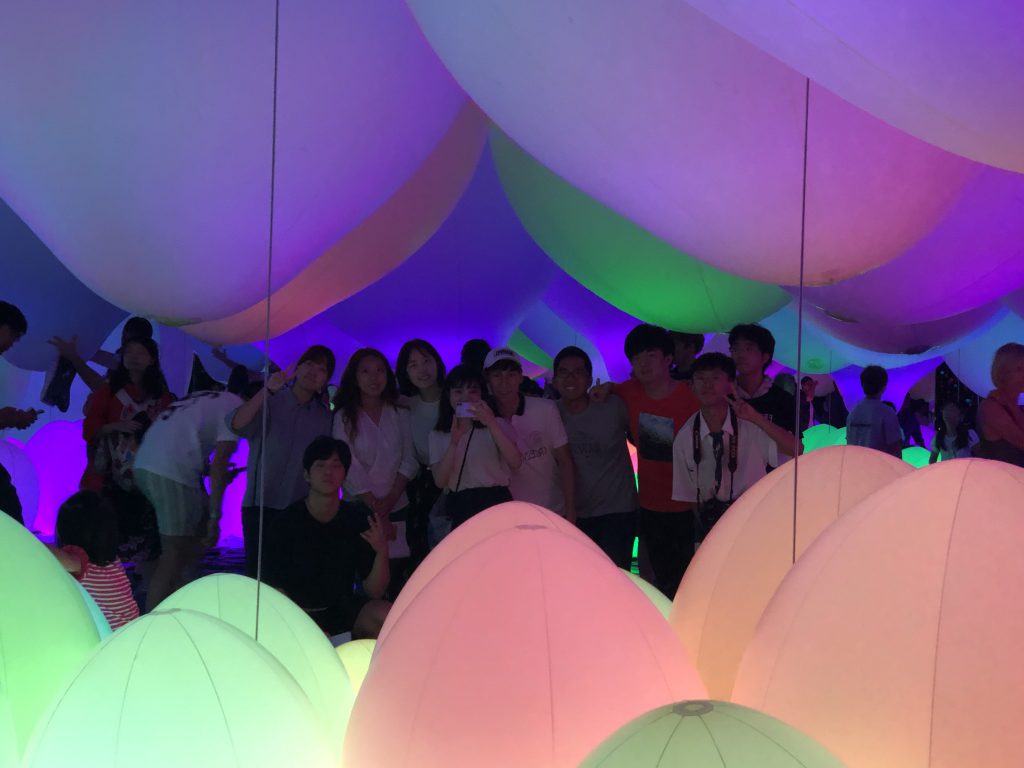 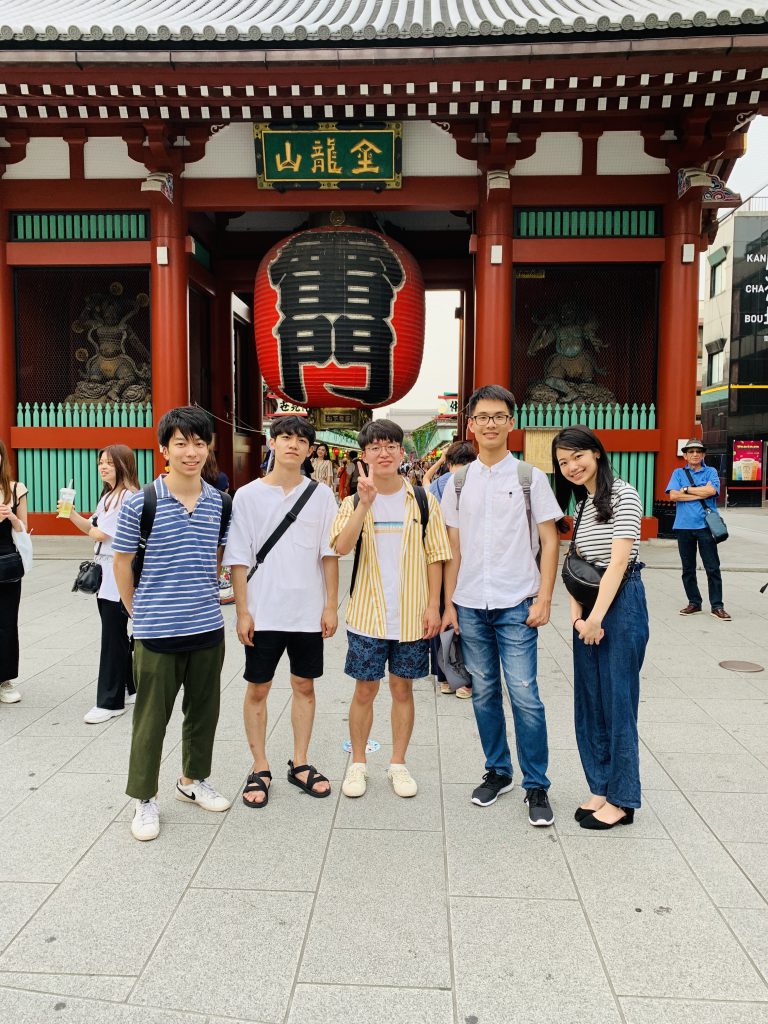 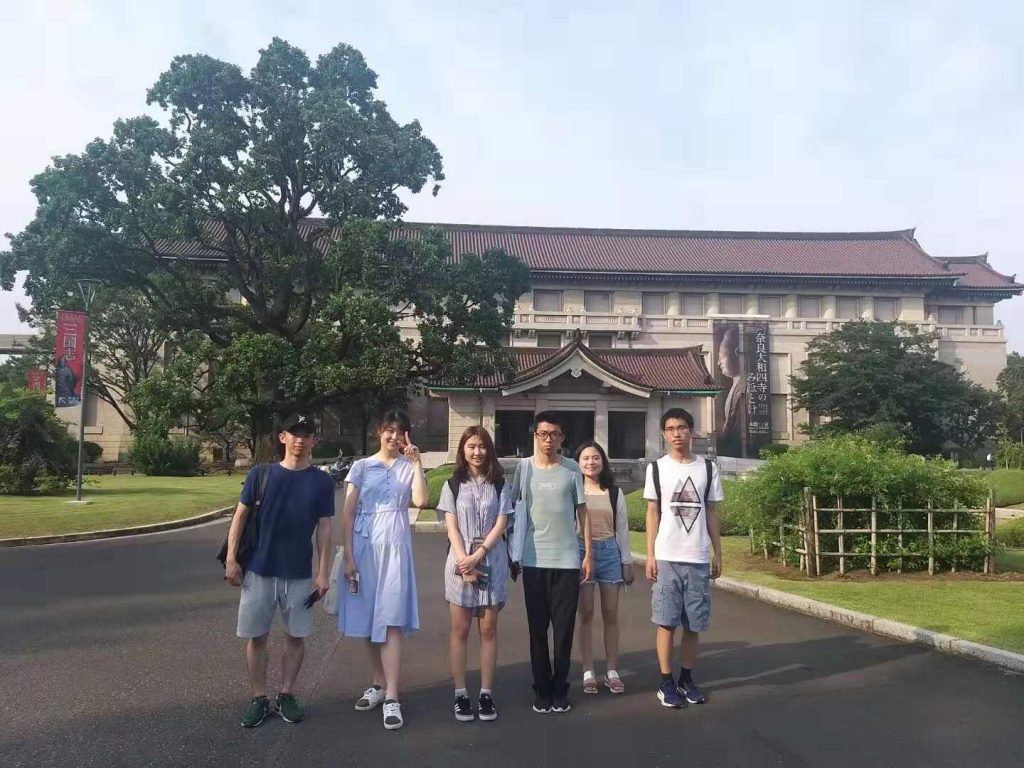 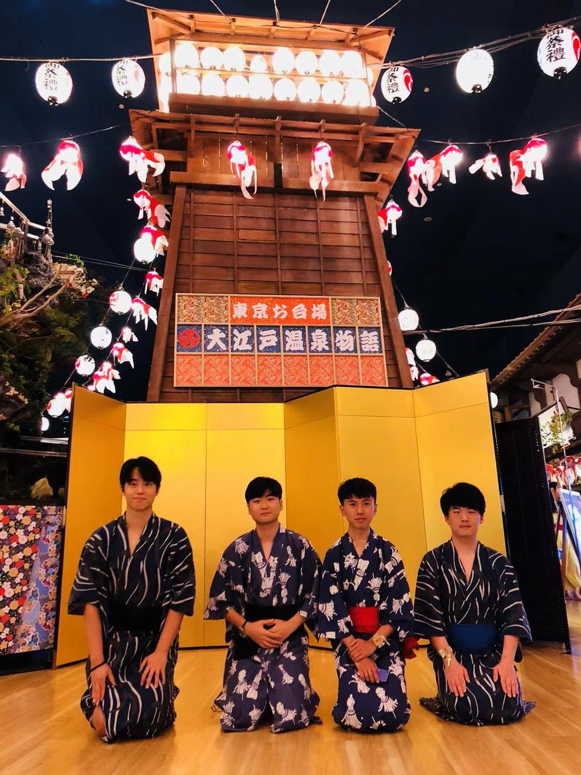