On Thursday, 12 December 2019, scholars from several leading universities from around the world met at the Institute of Advanced Studies on Asia (Tobuken) at the University of Tokyo. Hosted by Tobuken’s East Asian Academy for New Liberal Arts (EAA) under the auspices of Takahiro Nakajima, scholars from the Asia Theories Network (ATN) were invited to take part in a discussion on Rethinking The (Asian) University: Institutionalising the Liberal Arts (please see below for a list of participants). 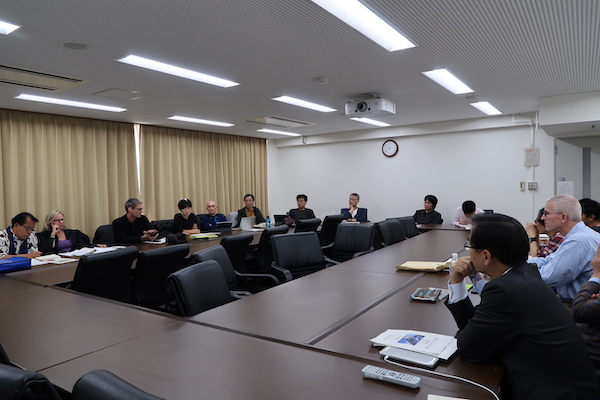 The logic behind the ATN/EAA seminar theme derives from the fact that the rigours of neoliberal governance are now part and parcel of the university landscape. While numerous critiques abound of its quantitative management techniques, and most notably the evaluation of knowledge in terms of its instrumental utility, many critics end up playing a zero-sum game with the university, which typically doubles-down on its corporate logic of accountability and the concomitant disparagement of the liberal arts. The aim of the ATN/EAA seminar was to deploy philosophy to imagine a concrete way forward that goes beyond this bind. Some of the key questions for the participants included how does one institutionalise the liberal arts as a means to rethink the university in an alternative (Asian) manner to that of the European humanist tradition, as well as the neoliberal model? A second key question asked participants to reflect upon how to evaluate the worth of the liberal arts that, firstly, counters neoliberalism’s managerialist imperatives and, secondly, demonstrates the benefits in a politico-moral register that speaks to both the socio-economic concerns of parents and the ethico-cultural aspirations of students?

Takahiro Nakajima opened the discussion by highlighting the liberal arts initiative between the University of Tokyo and Peking University. It is founded on what he calls “world philosophy,” which is neither radically local nor transcendental. Rather, “world philosophy” is a mode of thinking grounded in the liberal arts that seeks to be universalising in the sense of building bridges across traditions with a view to coexistence. Several ATN members then responded, starting with David Theo Goldberg, who highlighted the general crisis of the humanities in American academe and how, even in state universities, such as the University of California, only about 10% of funding comes from the public purse. This in turn puts pressure on the purpose of the liberal arts that have historically served as a training ground that produces the public good of the cultivated citizen. Yogita Goyal followed on from this and noted how, in the context of India, the rise of Hindi nationalism has seen the weaponisation of the liberal arts to restrict critical thinking through imposing Hindi as a compulsory language. ATN members from other regions in the world alluded to similar tendencies. In Hong Kong, for example, Kwai-Cheung Lo reminded us of the importance of the university as a site that can resist state infringement of basic civil liberties, while Woosung Kang spoke of the need to fight the “internal enemies” of the liberal arts, namely, those (often STEM) faculties that reiterate the neoliberal disparagement of the humanities and question their efficiency and function. For his part, Alex Taek-Gwang Lee expressed concerns about intellectual freedom in South Korea and called for its revitalisation in terms of a critical “experimental thought”, which Oscar Campomanes seconded in respect of the Philippines and the push for “eco- critical thinking.” Likewise, and drawing on the South African post-colonial context, Sarah Nuttall spoke of the need to articulate a post-humanities “critical studies.” It may also necessitate dismantling the colonial university and charting a way forward by drawing productively on the further undoing of its legacies, as well as the affirmative proliferation of knowledge terrains that are emerging in relation to twentieth century concerns. 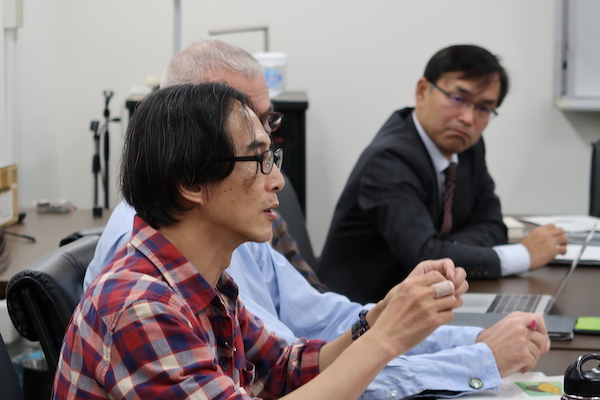 The discussion therefore evolved naturally into a consideration of the role of the liberal arts within an idea of the university that seeks to move beyond its humanist (European) blueprint. Hung- chiung Li suggested the need to reduce the number of courses required in any future liberal arts curriculum in the name of fostering deeper engagement with the subject material. Similarly, he advocated a “diagonal university” that could serve as a platform for interdisciplinarity. Such a tendency, Christophe Thouny pointed out, might also involve acknowledging how research is increasingly done at the interface of universities and through scholars collaborating in networks, such as the ATN. It implies an acceptance of the divorce of research from the university and the deployment of the latter for teaching only. In this case, Nobutaka Otobe and Yuji Nishiyama argued, we may be left with a streamlined vision of the humanities and their propagation as“neoliberal arts” that cater – especially in the Asian context – to the demands of parents, students and economic actors for a more pragmatic, skills-based education. 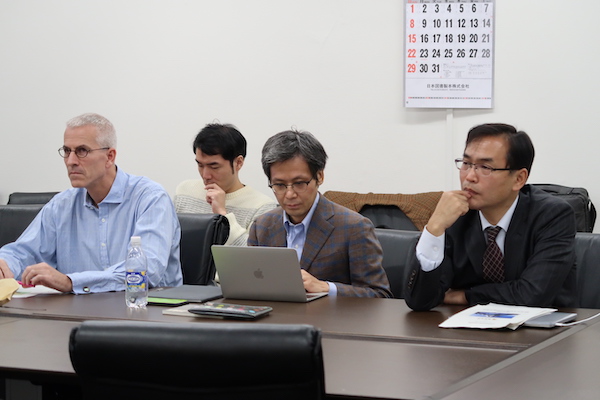 In summary, Bregham Dalgliesh observed that the ATN/EAA seminar had been an extremely rich and fruitful exchange of ideas. In some senses the participants had gathered to mourn the death of the university and to question whether the liberal arts are part of the problem. Indeed, they might even be holding back a thorough epistemological, ontological and cultural spring-cleaning of the university and its institutional rebooting and the concomitant rethinking of its mission. In short, the ATN/EAA seminar gestured towards what Sarah Nuttall called the “redistributed university” and its normative reinitialising that might be considered within the purview of the liberal arts. By way of concluding this report, she asks if the “debates about how Universities can make their walls more porous, about what constitutes their inside and their outside, about their publics, and about the figure of the activist-scholars who straddles the harsh boundaries of university and society, have been superseded at some level by the fact that knowledge as such is being driven increasingly by extra-institutional formations, less circumscribed by institutions and disciplines? That knowledge itself is less bounded, unmoored from the University as such, redistributed, uncontainable within its walls and easily searchable?” (Sarah Nuttall. 2019. Afterword: the shock of the new old. Social Dynamics: A journal of African studies 45 (2), 280-285. https://doi.org/10.1080/02533952.2019.1619297.)