On December 18, 2020, from 2 p.m., the third workshop for the Building 101 film production project was held. The workshop began with a tour of Komaba Campus led by Katsuya Orimo, who is the curator of Komaba Museum. Three research assistants and Seitaro Maeno (EAA Project Assistant Professor) went on the tour, visiting Building 1 (the former First High School’s main building), the Lecture Theatre (a.k.a. 900 Room and formerly the First High School’s Ethics Hall), Komaba Agricultural School Monument, Komaba Faculty House (former First High School’s Alumni Association Building), Communications Plaza’s inner garden, and Building 101 (a former prep school). In order to create a film based on Building 101, it is essential to comprehend the history of Komaba Campus as a whole. For that purpose, not only do we need to delve into historical documents, we also need to experience the spatial history of the Komaba area with our own bodies, which was the main aim of this workshop.

During the campus tour, we were especially interested in the Komaba Agricultural School Monument and the manhole covers dating back to the former First High School era. Furthermore, the old graffiti on the wall of the stairs up to the roof of Building 1 also caught our attention. Some graffiti, for example, was marked “August 30, 1948.” These objects transcended the long history of Komaba Campus to appear right in front of us. It is without doubt important for our project to notice and sense the history imprinted in such details. Such were the views we shared through the campus tour.

After touring the campus, we went to Room 11 of Building 101 to give feedback and discuss the concept of the film we will make. Shuichiro Higuma proposed the term “community” as a key way to navigate the complex history of Building 101 on Komaba Campus. We then decided to devise a film script around this word. To consider the question of what kind of community previously existed in the Komaba area, we now need to research historical materials and testimony. We set ourselves the tasks of contacting the Eikikai (詠帰会) and reading the dormitory diaries in order to understand more about campus life during the First High School days. In addition, at the suggestion of Hanako Takayama (EAA Project Assistant Professor), we decided to submit the film to certain film festivals. This is sure to inspire the project members to create something of a high quality. 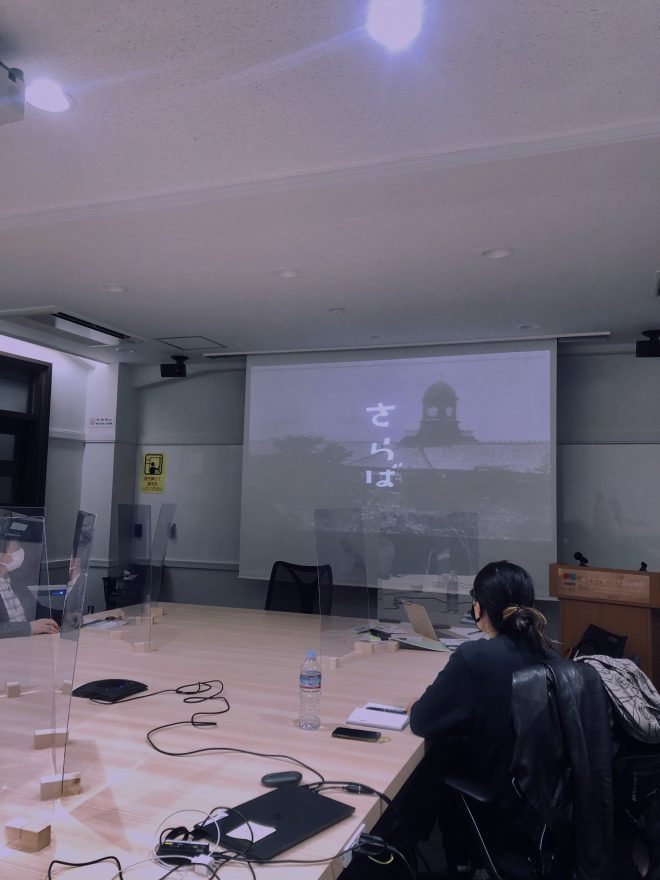