We have just launched the multi-language book review corner of our EAA website. This is aimed at offering and exchanging information regarding academic books from and about East Asia. Reviews will be written in languages which are different from the book is written. The number of articles will increase from now on.

Academic journals are not the only forum for scholars to publish and contribute to their fields. Intriguingly, writing published in more popular media can sometimes be more revealing than regular academic papers. This book is a collection of short essays written by the Japanese folklorist Gorai Shigeru (五来重, 1908–1993). Some of the essays were written for folk studies journals or as visitor explanations for art exhibitions, but most were contributed to local newspapers as articles intended for non-academic readers.

The collection is divided into six sections. I’d like to especially recommend three sections in this book: the second, “Annual Events and Folklore”; the third, “Ancestral Worship and Folklore”; and the fourth, “Popular Religion and Folklore.” These key sections tell us about the appeal of “Buddhist folklore,” which Gorai pioneered. Ogres (鬼 oni), chanting dances (踊念仏 odori-nembutsu), Buddhist altars (仏檀/壇 butsudan), ancestral tablets (位牌 ihai), stone field sculptures (石仏 sekibutsu), wandering monks (遊行 yugyo)—these elements frequently appear in Japanese “Buddhist” practices. People can describe what they are, but are unable to relate them to particular Buddhist scriptures. When Gorai began his folklore studies, Buddhist scholars ignored these folk elements because they have little or no basis on scriptures. Outside of academia, priests also considered the folk elements as “degraded subcultures” far removed from true piety. Gorai challenged the mainstream of “Buddhism” and took a different approach. He instead attempted to grasp Buddhist practices as they were conducted or told in each local context. What had been regarded as peripheral, derivative, or even degraded was re-envisioned by him as the core aspect of the popular religious world.

It was Yanagita Kunio (柳田國男, 1875–1962) who first explored the difference between Japanese bukkyo (仏教) and “Buddhism,” not seeing the former as just a derivation from “Buddhism.” He asked a quite simple but difficult question: Why did the Japanese call the Buddha “Hotoke” (仏), even though there is another possible reading, “Budda” (仏陀), of the Chinese characters? (See About Our Ancestors, 1946.) As a young Buddhist scholar, Gorai was then exploring a foundational Sanskrit text, The Fundamental Wisdom of the Middle Way, by Nagarjuna. However, Yanagita’s question shocked him, and drastically changed his academic path. He began to visit many local areas on foot to observe what is practiced and recounted there. A young philologist had transformed into a folklorist who behaved almost like a wandering monk of the past. This process is detailed in the first section of the collection of essays.

I have so far described Gorai’s work in favorable terms. Unfortunately, his “Buddhist folklore” can also be criticized as a kind of nationalistic folklore or ethnology, in the same way as other folklore studies are now problematized. No matter how empirical his research was, the underlying logic is ultimately a very localized Japanese ethnicity. Needless to say, we cannot absolve Gorai of this and should accordingly keep it in mind when we read this book. Though there are certain problems, I do still think his work has potential value for broader academic contexts. We should consider the fact that he worked in an era dominated by several grand theories, not least social evolutionism, materialism, and functionalism. He persisted in simply observing what is practiced and narrated by ordinary people, instead of using these theories in his work. To frame Gorai’s contribution in a broader sense, he seemed to stand at a crossroads—what in the parlance of contemporary academic discourse we would call the practical turn or linguistic turn. Though he chose a path different from the one we might, we can nonetheless take away much of value from his book. 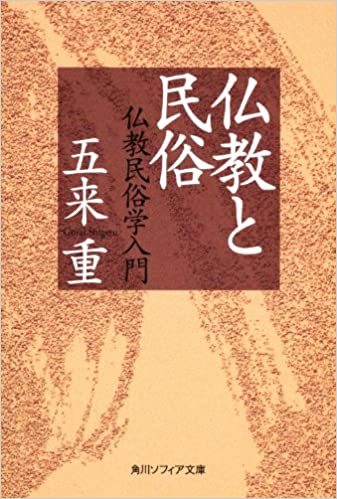